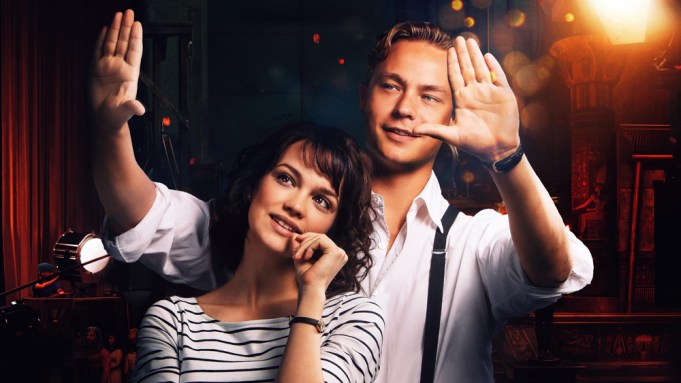 “Traumfabrik” marks the return of one of Germany’s most successful producers back onto the film stage in more ways than one.

A period-piece love letter to East Germany’s famed DEFA film studios, now known as Studio Babelsberg, “Traumfabrik” is a romantic drama set in 1961 that follows a young studio extra’s ambitious efforts to reunite with the French girl he loves after being separated by the construction of the Berlin Wall.

Zickler launched the joint venture in 2017 after nearly 20 years of working with actor-director Til Schweiger on some of Germany’s most successful films of the past two decades. Overseeing production at Barefoot Films and Mr. Brown Entertainment, Zickler produced such hits as 1997’s “Knockin’ on Heaven’s Door”; 2010’s “Friendship!” and 2014’s “Head Full of Honey.”

The new company also marks a return to his professional roots. Zickler began his film career in East Germany working at DEFA in 1986, three years before German reunification led to the privatization of the studio.

“When we decided to set up the new company, I wanted our first film to actually be set at Studio Babelsberg,” Zickler tells Variety.

“I had the idea for years of making a film about a dream factory under socialist conditions. It was an extraordinary place, even back then. We had to be independent of the whole dilapidated DDR economy. Every profession existed here at the studios. It had its own bakery, its own garden nursery, its own butcher’s shop. If we needed flowers, we couldn’t just go to a flower shop and buy them. Everything had to be made here. There was a real freethinking spirit on the lot.”

Despite its East German subject matter, the film also found inspiration in Hollywood – specifically the varied accounts of how an ambitious teenage Steven Spielberg would sneak onto the Universal Studios lot and commandeer empty offices during school breaks in the 1960s.

Zickler was not only eager to bring German productions back to Babelsberg, which in recent years has become better known as a key co-production partner for major Hollywood titles like “Captain America: Civil War” and Steven Spielberg’s “Bridge of Spies,” but also to pay tribute to the studio’s eventful history, including the DEFA years that spanned from 1946 to 1990.

Zickler notes that “it does hurt a bit” when Studio Babelsberg is discussed and the focus is usually only on the early years through the 1930s and on the post-reunification era that brought Hollywood productions and the likes of George Clooney and Quentin Tarantino to the studio.

“There are 45 years of DEFA history here after all,” he stresses.

Zickler is quick to point out that Babelsberg, one of the world’s oldest film studios, managed to survive five distinct social systems: Imperial Germany, the Weimar Republic, fascism, annihilation, socialist reconstruction and today’s market economy. “Films were shot here every day, regardless of what was going on, whether it was world war or runaway inflation. It’s a crazy history.”

Directed by Martin Schreier and written by Arend Remmers, “Traumfabrik” stars Dennis Mojen as the young bit-part actor who dreams big and Emilia Schüle as the object of his affection.

With a budget of more than €8 million ($9 million), the lavish production was made possible with the support of some of Germany’s leading producers, including Tobis Filmproduktion, ARRI Media, Michael Herbig’s herbX Film, Matthias Schweighöfer’s Pantaleon Films and Telepool.

Picture Tree International is handling world sales for the film, which will hit German theaters July 4 via Tobis.