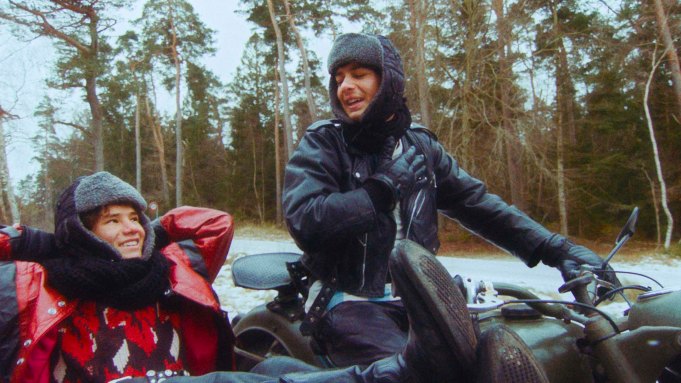 Afghan director Shahrbanoo Sadat’s “The Orphanage”will participate at this year’s Cannes’ Directors’ Fortnight, and Variety has been granted access to an exclusive clip from the upcoming feature.

Sadat’s first feature, “Wolf and Sheep,” was developed with the Cannes Cinéfondation Residence in 2010 and scored the Art Cinema Award at the 2016 Directors’ Fortnight. “The Orphanage,” lead produced by Katja Adomeit, is the second of five films based on the unpublished autobiography of Sadat’s best friend Anwar Hashimi.

1989: In Soviet-friendly Kabul during the Afghan Civil War, 15-year-old Qodrat lives on his own in the streets, selling key rings and scalping cinema tickets to make ends meet. A huge fan of Bollywood films himself, the young man often daydreams of acting in one of the brightly colored song and dance pictures.

After a police crackdown on scalpers, Qodrat is collected off the streets and placed in a Soviet orphanage. A highly structured system of self-governance – bullying – exists among the young men when supervision isn’t present. Almost all of them share the same dream of getting out, until shifting political tensions threaten the facility and the students decide to defend their home.

The film plays out like one of Qodrat’s own daydreams, with a mix of brown and yellow sun-drenched scenes of the young characters adjusting to a constantly shifting life, interspersed with vibrant musical dance numbers like something straight out of Bollywood.

In the clip shared with Variety, we see the young men of Qodrat’s class sharing cultural practices, as well as soccer stickers for the upcoming World Cup featuring the hugely famous Argentine national team and its, until now, greatest ever star Diego Maradona.

“The Orphanage” screens at the Directors’ Fortnight on May 18 and 19.