SEGOVIA — Madrid-based Barbara Studios pitched their first-ever original IP “T-Rey” at Segovia’s 3D Wire market, where it was selected as one of two projects to win accreditation and travel to Ventana Sur’s Animation! sidebar in early December.

The win comes less than four months after the studio’s founding members assembled in Annecy and decided they were ready to start working for themselves.

Mol (Jose Ignacio Molano), Julio Serrano, Raúl Echagaray and Pakoto, the studio’s four founders, have decades of experience between them, having worked for broadcasters such as Netflix, Cartoon Network, HBO, Disney TV and Spain’s Movistar+ and on major series and films like “Game of Thrones,” “The Book of Life” and Netflix’s upcoming limited series “Maya and the Three.”

“It’s a dream to work among friends, create a studio and start with this series,” Echagaray told Variety at a sit-down in Segovia which included all four and character designer Omar Andrés Penagos, as well as possible future collaborators from Spain and abroad.

He added, “We want to be a studio that produces things we like and to have some control over them. Nobody can tell us what our stuff should look like. That’s a true luxury, the good life.”

The studio’s first project “T-Rey” is the story of four prehistoric friends, T-Rey the crown-wearing t-rex (rey is Spanish for king), Brad the brachiosaurus, Tracey the triceratops and Murphy the dimorphodon. The friendly foursome shares the entire universe, or at least the universe as they know it, with a group of frantic, low-IQ cavemen – think Minions on Redbull – and plenty of baddies to keep them busy.

As lacking in intellect as the human cavemen are, the dinosaurs of Archipelago have evolved into thoughtful, artistic and adventurous beings. They have developed language, they go to school and possess modern technology.

Barbara already has scripts for the first pair of episodes, a bible with the first 26 11-minute episode synopses, concept art, and a trailer which they screened at 3D Wire and is available on their website barbaraestudio.com.

All that’s left now is to finish the first episode and complete financing for Season 1. 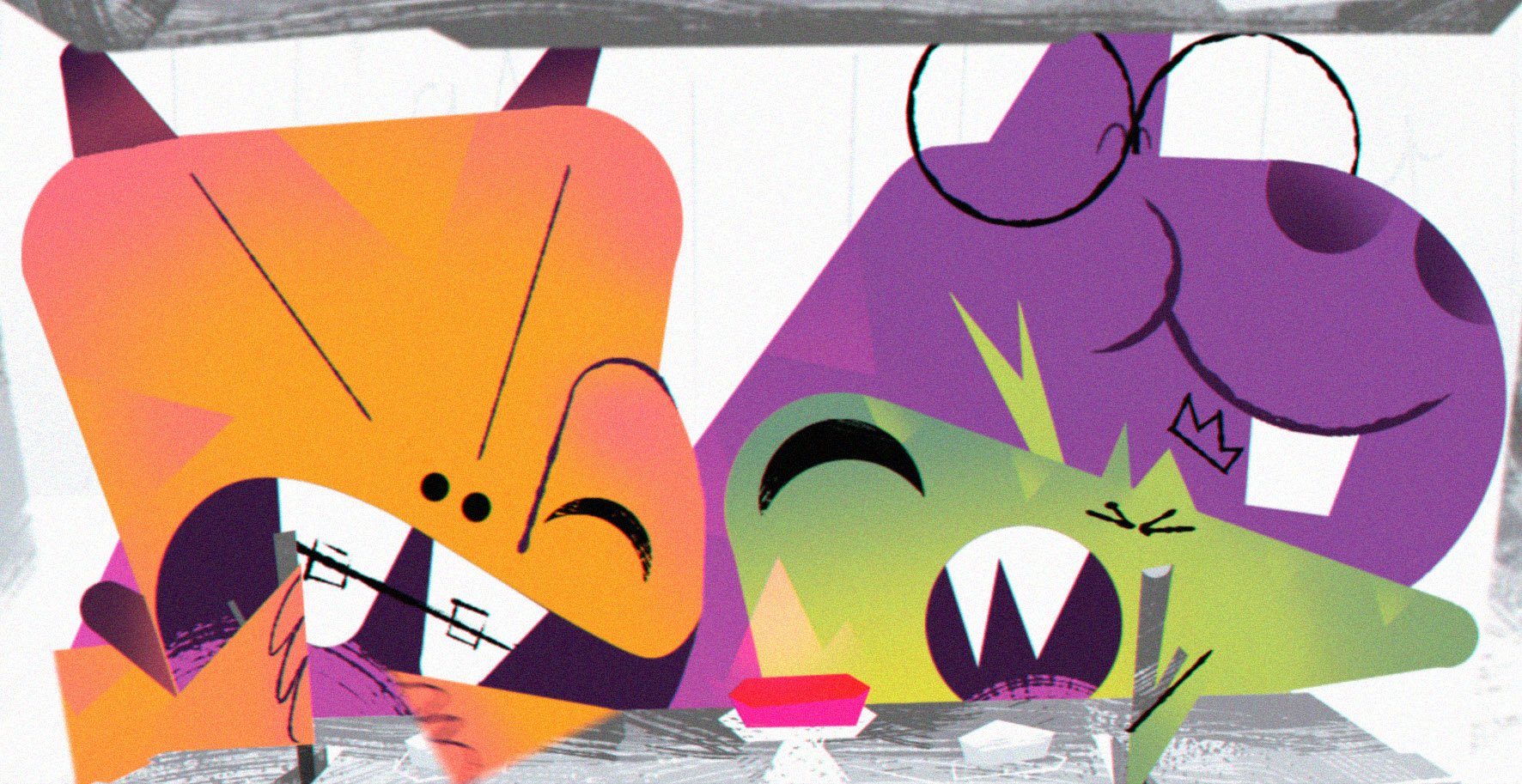 The team spent the Friday morning of 3D Wire putting together a “Jurassic Park”-themed pitch for that evening, which turned out to be one of the day’s highlights. However, in doing so they missed the announcement that theirs was one of the two selected projects to participate at Animation!

“We didn’t even know that we were nominated! We should have known, that’s for sure,” joked Mol. “We were working hard on the presentation when they called. We were doing the audio, so I hung it up!” he laughed.

Although the original idea was a fight to the death to see who gets to go, the gang hope they can all make it to the Animation! pitch.

“It’s a perfect excuse to go to Argentina,” said Mol. “More than a studio, we’re friends, and we’re really excited to do all these steps together.”

“We have to acknowledge all the good that has come our way since we started, but at the same time we need to keep our heads down and stay calm,” said Serrano. “We understand this is getting big quickly, and that it’s important to take things one step at a time.”

The next step is a big one, across the Atlantic to Buenos Aires for Ventana Sur, one of Latin America’s most important stops for the animation industry and a member of the Ibero-American La Liga program with Mexico’s Pixelatl and Spain’s Quirino Awards.