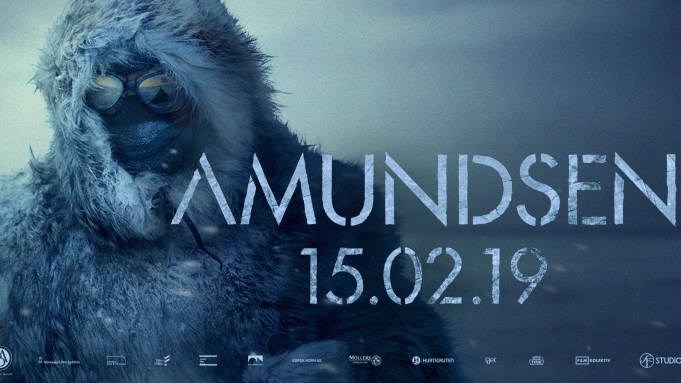 SF Studios has unveiled the international trailer for “Amundsen,” the high-profile Norwegian adventure and biopic drama about Arctic explorer Roald Amundsen which is directed by Espen Sandberg (“Kon-Tiki,” “Pirates of the Caribbean: Dead Men Tell No Tales”).

Now in post-production, “Amundsen” is headlined by Pål Sverre Hagen (“Kon-Tiki”) who stars as Amundsen, the legendary explorer who was the first to reach the South and the North Poles. Sverre Hagen stars in the film opposite “Fantastic Beasts” actress Katherine Waterston and Christian Rubeck (“What Happened to Monday”).

“Amundsen” will be distributed by SF Studios in Norway on Feb. 15, and is expected to be the biggest Norwegian release of 2019, surpassing previous big releases such as “The Wave,” “Kon-Tiki” and “The 12th Man.” The movie is being produced by John M. Jacobsen, Kristian Strand Sinkerud and Espen Horn at Motion Blur Films.

SF Studios will also distribute the film in Sweden, Denmark and Finland. The company has already pre-sold the movie in a flurry of territories, and will continue sales next month at the European Film Market.