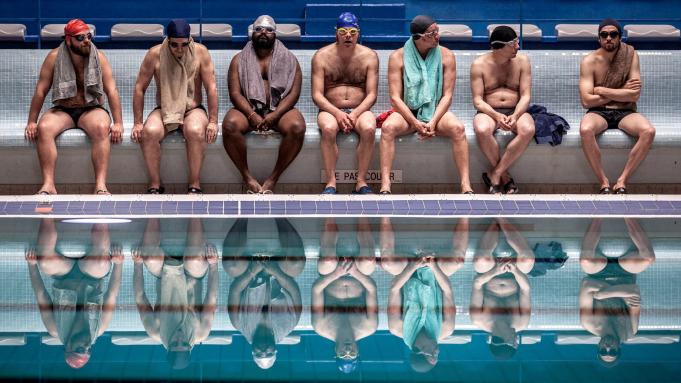 Gilles Lellouche’s “Sink or Swim,” Mikhaël Hers’s “Amanda,” Louis-Julien Petit’s “Invisibles” and Eva Husson’s “Girls of the Sun” are set to screen at the 24th edition of the Rendez-Vous with French Cinema showcase which is co-organized by The Film Society of Lincoln Center and UniFrance.

After world-premiering out of competition at the Cannes Film Festival, “Sink or Swim” became a box office hit in France and got nominated for 10 Cesar Awards. The film is headlined by a popular French cast, including Mathieu Amalric (“At Eternity’s Gate”), Guillaume Canet (“Rock’n Roll”), Virginie Efira (“Elle”) and Leila Bekhti (“Midnight Sun”).

“Girls of the Sun,” which competed at Cannes, stars Golshifteh Farahani (“Paterson”) as a resistance fighter part of an all-female battalion made up of former captives of extremists who have vowed to reconquer their own land.

Inspired by a true story, “Invisibles” follows the journey of social workers who embark on a race against the clock to integrate some homeless women back into society by all means, even unorthodox ones, before the shutting down of their shelter. The movie has been highly successful at the box office in France since being released last month and has recently been sold to multiple territories.

“Amanda,” which premiered at the Venice Film Festival, is a heart-wrenching contemporary drama following a young man (Vincent Lacoste) and his 7-year-old niece who struggle with the aftermath of a terrorist attack.

Another potential highlight at the Rendez-Vous with French Cinema showcase is Emmanuel Mouret’s “The Art of Seduction” (“Mademoiselle de Joncquières”) which world premiered at Toronto in the competitive Platform section and is nominated for six César Awards. Starring Cecile de France (“The Young Pope”), the film is inspired by Denis Diderot’s 18th-century novel Jacques the Fatalist.

“This year’s Rendez-Vous brings together established French filmmakers and exciting emerging talents in a lineup that showcases the artistry and innovation at the heart of French cinema,” said Florence Almozini, the associate director of programming at The Film Society of Lincoln Center.

Besides Husson, the lineup will boast many other films directed by women, notably Jeanne Henry’s “In Safe Hands” which is nominated for seven Cesar Awards and follows the long journey of a newborn child who becomes a ward of the state after being given to adoption at birth; Mia Hansen-Løve’s “Maya” centers on a war journalist who returns home to France after being held hostage in Syria and decides to decamp for India where he spent his childhood. Other movies helmed by women include Hélène Fillières’s “Raising Colors” which is set in the military world; Patricia Mazuy’s “Paul Sanchez Is Back!,” Sophie Fillières’s “When Margaux Meets Margaux” and Valeria Bruni Tedeschi’s “The Summer House.”

“We’re extremely proud to showcase a wide variety of women’s stories—films about social workers fighting for the women of a closing homeless shelter, millennial women trying to find their place in the world, and women becoming soldiers to fight for their freedom. As ever, we are thrilled to introduce American audiences to bold new French voices,” said Isabelle Giordano, the executive director of UniFrance.

Other films set to screen at the event include Bruno Dumont’s “Coincoin and the Extra-Humans,” the sequel to “L’il Quinquin;” and Quentin Dupieux’s “Keep an Eye Out!”

The showcase will kick off with Pierre Salvadori’s “The Trouble with You,” (“In the Courtyard”) which world premiered at Cannes’s Directors’ Fortnight and is nominated for nine César Awards. The film stars Adèle Haenel and Pio Marmai.

The Rendez-Vous with French Cinema will run Feb. 28 to March 10 in New York.