Continue to Variety SKIP AD
You will be redirected back to your article in seconds
Jan 21, 2019 7:00am PT

See the First Trailer for Hari Sama’s Sundance Premiere: ‘This is Not Berlin’ (EXCLUSIVE) 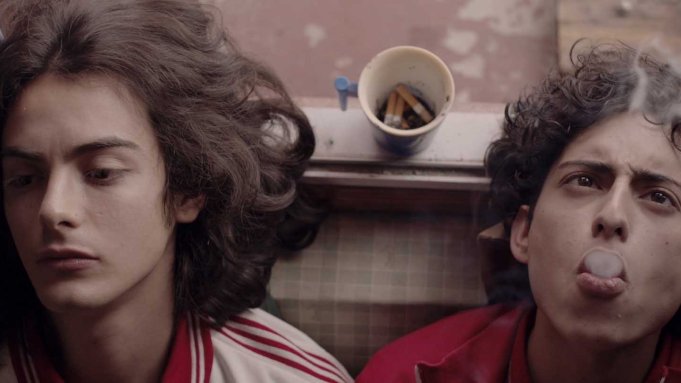 Writer-director Hari Sama’s fifth feature, “This is Not Berlin,” is set to world premiere at this month’s Sundance Film Festival. New York-based Cinema Tropical, a leading presenter of Latin American cinema in the U.S., has granted Variety exclusive access to the first trailer for the coming-of-age drama set in 1986 Mexico City.

Sama wrote, directed and his company Catatonia produced the semi-autobiographical feature, which impressed in works in progress sections at Impulso Morelia in October – where it scooped the Cinepolis Distribución Award and a special mention from the Jury – and Ventana Sur’s Copia Final in December.

In the trailer, we see the drug and art-fueled world of political and socio-economic protest revolving around the 1986 World Cup which consumes the film’s two young protagonists. Tasked with mending a broken synthesizer, Carlos receives an invitation to the Aztec, a downtown “everything bar” where his best friend Gera’s sister is playing a gig with her electric-punk band.

Identity can be a rough subject for a teenager under the best of circumstances, but confronted by a rapidly changing world, drugs, disease, art and politics, we see Carlos and Gera lost in a haze. Their discovery and affirmation of something like their first true selves forms the story.

The heart of the film is Sama’s own experiences growing up in the Mexico City suburbs, and the art and music, hinted at in the trailer, come from the filmmaker himself, and artists, musicians and friends from that world.