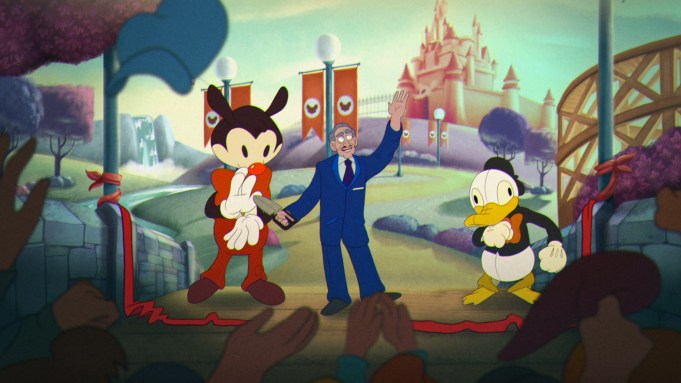 Chilean animation producers Lunes Animation Studio has released its highly-acclaimed animated short “Waldo’s Dream” on YouTube, where it can be accessed for free around the world.

The short was written and directed by the company’s trio of José Ignacio Navarro Cox, Jorge Campusano and Santiago O’Ryan, who have worked together since meeting in a master program for screenwriting.

“Waldo’s Dream” competed at 2018’s Annecy International Animated Film Festival in the short film category, where it impressed with its classic 2D animation style, colorful imagery and scathing, almost prophetic criticism of an unchecked growth of Disney the corporate entity, while paying homage to the art created there.

“We’ve actually met with people from Disney, and at first we were afraid they would want to hit us or something,” Navarro Cox told Variety in a conversation at Santiago’s SANFIC Festival. “But in the end they said they loved it, and we all laughed a lot. They took it really well and not as an insult.”

He went on to explain that the script for the short was written before Disney’s acquisition of Marvel or Fox were even announced. It now says more about today’s world than the one into which it was released a year ago.

In the three-minute short, fictitious Waldo is driven by an Ahab-like obsession with creating a perfect world of happiness and optimism, centered around a made-up cartoon version of his rat-like son. The creator spends decades using his park as a beta-test for how to create a better world, and in the end freezes himself when it seems that his time is going to run out before achieving his goal.

The action is accompanied by over-the-top sound effects, the clicking of a film reel and visual distortion meant to replicate that of the early days of animated films which played before features.

Latin America as a whole is experiencing an animation boom, and few countries better demonstrate the strength in growth better than Chile. Chile is home to Latin America’s first-ever animation Oscar in 2014’s “Bear Story” from Punk Robot, and major production houses and broadcasters are diving headfirst into the medium.

In Lunes’ case, the company has teamed with Pablo and Juan de Dios Larraín’s Fabula production house on their first feature, a full length version of their original series “Homeless,” which sees a group of down-and-out citizens fighting against a corporate dictatorship in the hopes of reestablishing the status quo, and their camp under the bridge. The film will screen in Annecy’s new Contrechamp competition for films from new voices.

John Hopewell contributed to this article.