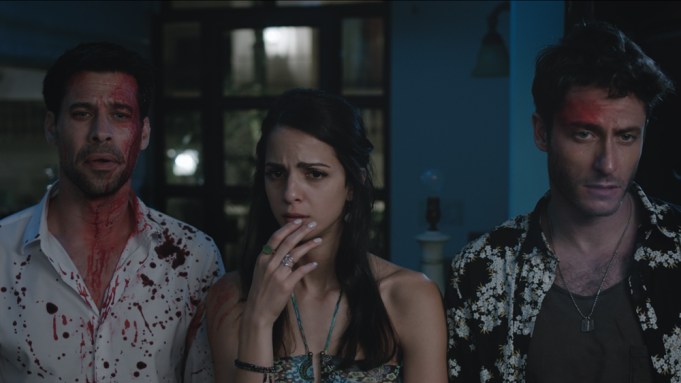 Horror comedy “Happy Times” is debuting its trailer ahead of its international premiere in the Midnight Shivers section of Tallinn Black Nights Intl. Film Festival. M-appeal is handling world sales.

Director Michael Mayer and Guy Ayal co-wrote the script, which won the script award at Haifa Intl. Film Festival, where the film had its world premiere. The film received rave reviews in the Israeli press, including Haaretz, which wrote: “Every butchered body and every murder terrifies you, but also makes you laugh at the same time.”

The film takes place over the course of a Shabbat dinner at a fancy Hollywood Hills mansion, during which a toxic mix of alcohol, egos, cultural differences, lust and greed derails the evening, and things spin out of control. Secrets are revealed, relationships are tested and getting out in one piece will be the ultimate challenge.

The film is produced by Paola Porrini Bisson for Oh!Pen Productions and Mayer for M7200 Productions, in association with Tomer Almagor of Urban Tales Productions.