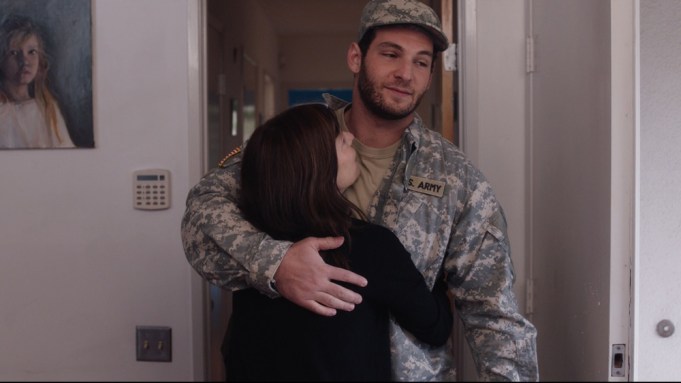 Courtesy of Potato Eater Productions and Room in the Sky Films

The film tells the story of a mother coming to terms with the emotions as her only son is deployed to war, and is inspired by Walters’ own experience.

It is produced by Sergio Rizzuto for Potato Eater Productions and Room in the Sky Films, in association with Hero L.A. and Eight Trick Pony. It is executive produced by Swadling. The other producers are Albert Chi, Walters, Rory Rooney and Jerry Ying. The cinematographer was Christopher Soos.

The film will premiere in North America at the Austin Film Festival later this month.