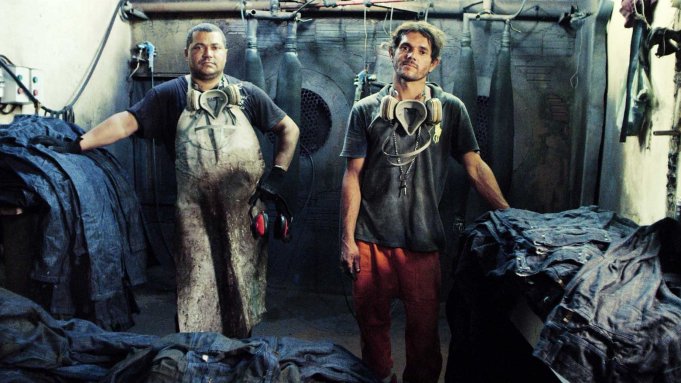 MADRID —  Tel Aviv-based Cinephil has acquired international sales rights to “Waiting for the Carnival,” in which Marcelo Gomes, one of Brazil’s foremost fiction feature directors, brings a cinematographer’s eye and a loving son’s heart to a portrait of the rampant capitalism which has swept the town of Toritama, as he plumbs the contradictions and excesses of modern-day Brazil.

Produced by the indefatigable Nara Aragão and João Vieira Jr. at Recife’s Carnaval Filmes, “Waiting for the Carnival” world premieres next month in the Berlin Film Festival’s Panorama section. alongside “Greta,” another Carnaval production, as regional production surges in Brazil, spearheaded by cineastes such as, just in Pernambuco, Gomes (“Cinema, Aspirins and Vultures,” “Joaquim”), Gabriel Mascaró, who has just scored a hit at Sundance with his Evangelical dystopia allegory “Divine Love”; and Kleber Mendonça Filho, whose “Aquarius” competed at the Cannes Festival in 2016.

A filmmaker who studied in England, bearing a large influence of Mike Lee and Ken Loach, and whose movies has always held a strong sense of place, “Waiting for the Carnival” is set in Toritama, a small town of 40,000 inhabitants in Pernambuco’s dusty Agreste outback. Gomes visited Toritama as a child, accompanying his father, a tax collector for the government, and recalls wistfully the town’s silence, its library, hospitality, old people sitting in rocking chairs on the pavements “waiting for time to go by.”

That’s changed. As huge hoardings proclaim, Toritama has become Brazil’s capital of jeans, responsible for 20% of the country’s manufacturing output. Much of that is carried out in backyard workshops, where workers toil all the hours of day and night, 52 weeks a year, then blow their savings or sell off icons of consumerist achievement – flat screen TVs, fridges – on one week with the family down on the beach.

Yet the workers, who manufacture jeans at a frenzied pace, sewing up to 1,000 fly zippers a day for $50, are proud to be their own bosses, delighted to be earning more than in the past, when a sugarcane cutter earned $3 to $4 a week.

For Gomes – and many viewers, one suspects – Toritama is a microcosm of rampant neo-liberal capitalism, of “self ensalvement.”

The jeans workers will have none of that, however. “Today, it’s much better to work for yourself. Our life here isn’t bad at all. I see a lot of people in TV, in Africa, dying of hunger,” one retorts on camera.

“Neoliberalism has been very efficient: It manages to sell its dogmas very well, the current logic in which life is not determined by what you “must do”, but of what you “can do”: “I can do such and such pants to earn more,” Gomes commented in a director’s statement.

But in an admirable show of democracy and honesty, Gomes forefronts interviews with multiple workers who refuse to buy into his thesis. He even pays one family to become an effective second unit, filming scenes of their vacation, so that they can get down to the beach.

Shot by Pedro Andrade with a cinematography which rings multiple options, homing in on the sense of scenes, and infused by warmth as Gomes records his visit with his father, who died 25 years ago, “Waiting for the Carnival” will also be sold by Cinephil at Berlin’s European Film Market.

Said Philippa Kowarsky, Cinephil managing director: “Brazil in this particular moment of its history has become an international focus of controversial developments that also afflict many other parts of the world.”

She added: “We are proud to represent a film that tackles these important topics in the striking and original visual language for which Marcelo Gomes is widely known and admired.”

Ernesto Soto, producer of “Waiting for the Carnival,” observed: “Marcelo’s new film tells a Brazilian story, but one that has implications and repercussions far beyond its country of origin. We are confident that Philippa’s expertise and dedication to politically-engaged films will ensure its message is heard by audiences internationally.”