Released wide on Sept. 26, the true events-based historical drama – framing the coming of age of Prince Faisal of Saudi Arabia, against the background of a diplomatic mission he led to London in 1919 at the tender age of 13 – has earned an exceptional first-four-day $972, 962 in UAE, Oman, Kuwait, Bahrain and Saudi Arabia, according to figures from its distributor, Dubai’s-based Vox Film Distribution.

However execrating for an independent film, the results are not totally surprising. “Born a King” is a Spain-U.K. production, whose producers, director and crew pack huge experience: Gómez, producer of Fernando Trueba’s Academy Award winning “Belle Epoque” and Bigas Luna’s “Jamón, Jamón,” titles which won an international audience for the Spanish film industry, son Marcos Gómez, who has served as his right hand man for decades, Stuart Sutherland at London-based Celtic Films, whose credits include the “Sharpe” and “Hornblower” TV series, and Todd Albert Nims.

The screenplay is by Henry Fitzherbert, co-writer of the 2018 Simon Pegg, Nick Frost comedy horror “Slaughterhouse Rulez,” along with Bader Al Samari and Ray Loriga, .

While a U.K.-British production, “Born a King” was “shot from the POV of Saudis, the Arab and Muslim world,” Gómez said in a making of film.

Haifa al-Mansour’s “Wadja,” the country’s Oscar entry for the 86th Academy Awards, was shot in Saudi Arabia. Her “The Perfect Candidate” has just been selected as this year’s submission. “Born a King” is, however, the first big international feature to shoot in the Kingdom, Sutherland pointed out. It also received the support of the ruling Al Faisal family, especially Prince Saud Bin Turki Al Faisal, the young nephew of the ruling monarch, and got horses and camels from the Saudi army for battle scenes.

Budgeted at a declared €19 million ($21 million), boasting heavy VFX work to recreate 1919 London, the film could have twice as much Gomez has said.

Saudi Arabians were cast in the key roles of Prince Faisal (Abdullah Ali) and the Emir of Nadj (Rawkan Binbella).

It is, above all, not only a coming of age tale, but an origins story, about the trip taken by King Faisal of Saudi Arabia, when a 13-year-old prince, to London to persuade the great powers, after the collapse of the Ottoman Empire with WWI, to adopt a policy of non-interference towards Saudi Arabia.

Meanwhile at home, his father, Abdulaziz Al Saud, the Emir of Najd, an ally of the British government during WWI, is attacked by a rival clan, and battles on camelback to establish his dominion over the region and establish a Kingdom of Saudi Arabia

Young Faisal receives an initially frosty reception in London, received not by Lord Curzon, the Minister for Foreign Affairs, but a patronizing minion, Sir Montagu Smythe (Simon Paisley Day), who baulks at betting on the Emir of Nadj. Princess Mary, the teen daughter of King George V, proves, however, to be far more sympathetic. “I know how it is to crave affection and respect from your father,” she tells him.

The film “is about growing up and finding one’s place within your country, your family. It’s about standing up for belief, learning about people’s differences and allowing for that to be a positive thing,” says actress Cornfield.

They strike up a friendship, as Faisal impresses a starched colonial establishment with his wit and ability to reach out from his own culture to dialogue in terms the imperialist British could understand.

He also battles to repay the trust placed in him by his father: Without tacit British support, his father’s cause, maybe his dynasty, an the hopes of a Saudi Arabia state, may be doomed. It’s a high-stakes mission for a 13-year-old.

The trip may have been the making of Prince Faisal who went on to serve as foreign minister of the Saudi domains for all but two years from 1930 until his death in 1975.

Allied with the British, as Crown Prince from 1962 and King from 1964, he pushed through a modernization of Saudi Arabia, despite opposition, abolishing slavery, establishing a modern legal system. He is regarded as a hero in Saudi Arabia.

“Born a King” has also caught a cinema revolution in the Kingdom of Saudi Arabia. Well received at its world premiere at the Barcelona Film Festival, “Born a King” was shot when there were no cinema theaters in the KSA. They had been forced to close in the 1980s.

That’s now changed, with Vox Film Distribution emerging as one of the biggest players on its new exhibition scene.

With cinemas reopening, or being built, the Middle East is one of the world’s growth regions for cinema going, said Arturo Guillen, Comscore’s newly-appointed SVP & global managing director for Comscore’s Movie Division.

“When you think about making a film, you think about a film that’s interesting for the public, has narrative thrust and is, above all, commercial,” Gómez says in the Making Of.

He’s now achieved that is one of the most likely places in the world, Saudi Arabia, which didn’t even have cinemas just a few years back.

“In the movie industry, content can travel easily, and talent as well. It is great to see local producers and directors becoming global with their content, especially being successful in emerging markets such as the Middle East,” said Guillén.

“We wanted to start with the beginning of King Faisal’s life as a diplomat before becoming Viceroy of Hejaz, Crown Prince and then King,” Prince Saud Bin Turki Al Faisal said at a press conference presenting the film, as reported by the Khaleej Times.

“We couldn’t fit his whole life in one film. Mr. Andres [Vicente Gomez] came up with the idea to have only this trip and the significance of this trip,” he went on.

That of course leaves large room for a franchise.

“It is the recognition of Saudi Arabia, of King Abdulaziz as the leader in the Arabian Peninsula. We are, however, willing to expand and come up with a sequel. This is only the genesis,” Prince Saud Bin Turki Al Faisal promised. 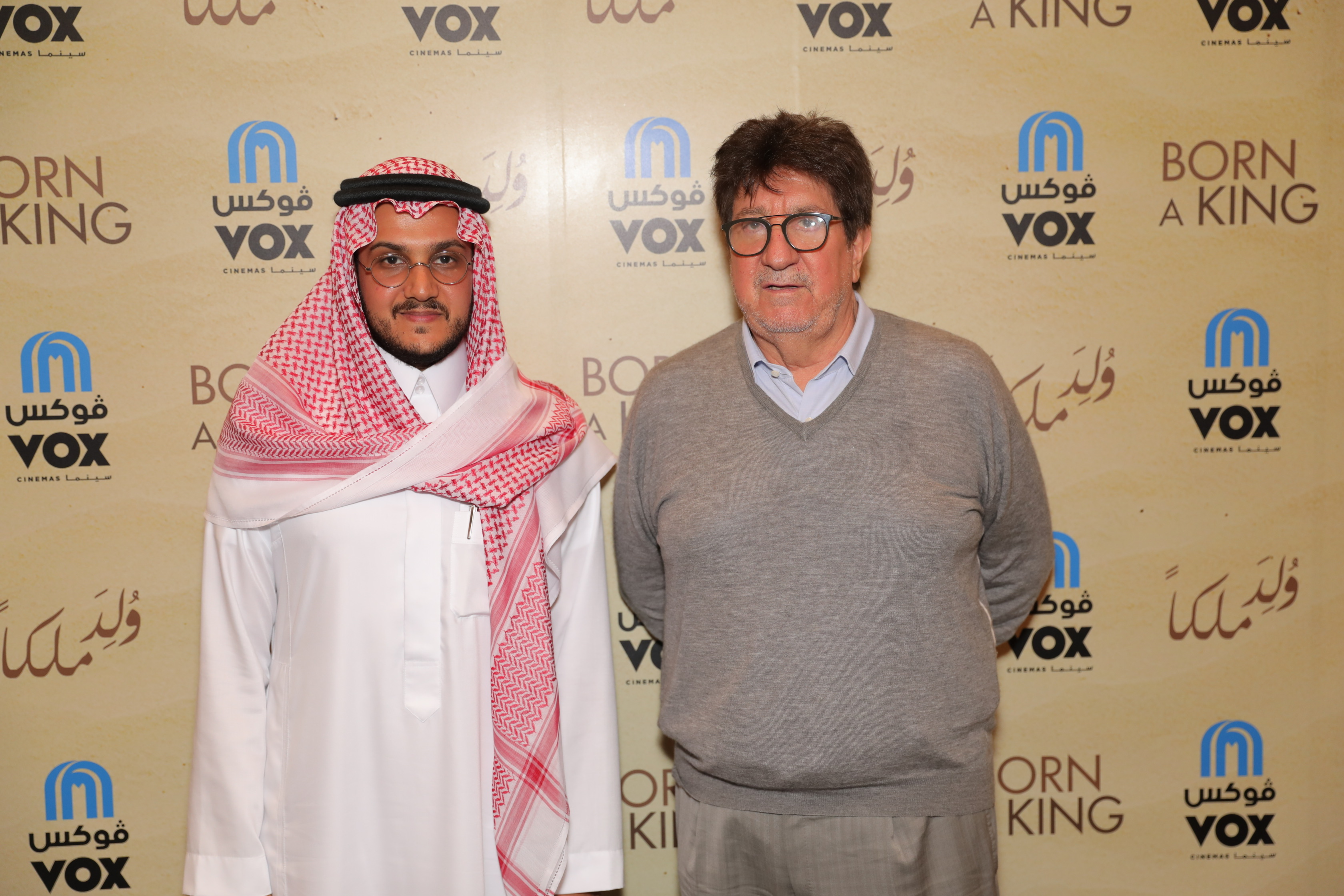