Watch the Trailer for Karlovy Vary, Sanfic Player ‘The Man of the Future’ 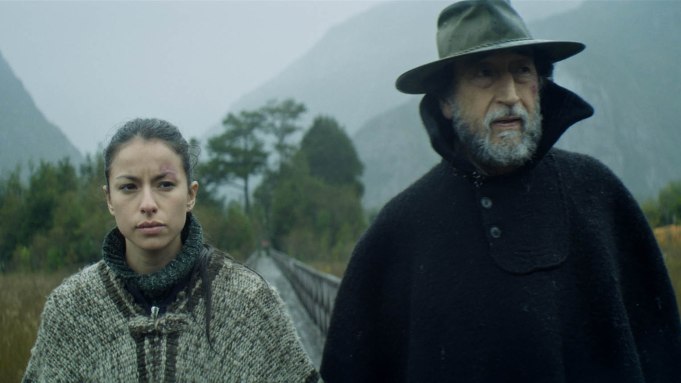 After world premiering in the main competition at Karlovy Vary, the first Chilean film ever to receive that honor, “The Man of the Future” from Felipe Ríos has released a trailer ahead of its domestic premiere at next month’s Sanfic Festival in Santiago, Chile.

Set primarily on the highways and in truck stops along the seemingly endless ranges of Chile’s southern Andes, Rios’ road film tracks an estranged father and daughter who end up on the same lonely road headed south. Michelson heads south on the last trip before being let go by his employer, and picks up a curious young hitchhiker along the way. At the same time, Elena hitches a ride from another driver to get to a boxing competition in a remote Patagonia town.

With a little help, Elena gets the chance to reach out to her father and the unplanned encounter offers the opportunity of reconciliation, and possibly a path to a shared future. It demonstrates an emotional strength in the young woman that matches or exceeds what she shows in the boxing ring.

The minimalist film set in anything-but minimal surroundings provided Ríos with an opportunity to to face his own troubled relationship with his own absent father. It’s a relationship he says is all to common in the world, and makes this uniquely Chilean story, at least in terms of dialect and setting, universal in its themes.

“I think we are in a world where one tends to focus on individualism and dodge real human relationships. Elena shows a tremendous valor in facing her father who she hasn’t seen for years and try to heal old wounds. To me, she is the man of the future,” he told Variety at the film’s Karlovy Vary premiere.

In the trailer we get a small taste of the sweeping mountainous landscapes the film relishes in, and are briefly introduced to its four protagonists, and the very beginnings of a broken relationship that could be on the mend.

“The Man of the Future” is produced by Chile’s Quijote Films and co-producers Sagrado Cine and La Unión de los Ríos. Celebrated Argentine filmmaker Alejandro Fadel, a two-time Cannes participant with 2012’s “The Wild Ones” and last year’s “Murder Me, Monster,” co-wrote the screenplay.