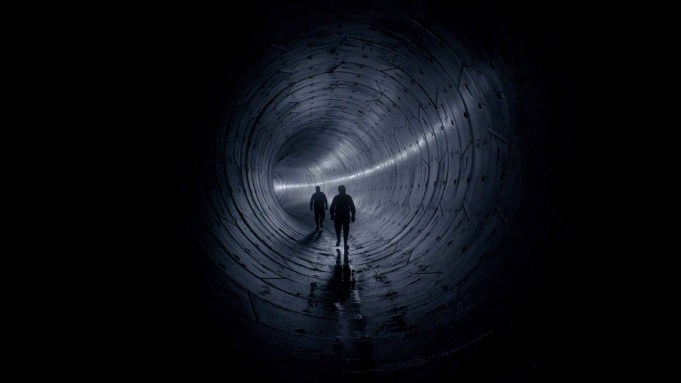 Victor Moreno’s “The Hidden City” is an underground doc – literally – years in the making. The film had help in finding its light at the end of a tunnel with awards at the Abycine Lanza independent film market and the inaugural European Council Eurimages Lab Project Award in 2016, and competed at the Seville Intl. Film Festival – where it won best cinematography – before heading to the International Documentary Filmfestival Amsterdam (IDFA), and this week’s Karlovy Vary Intl. Film Festival

The film is a dark, sensory-stimulating look at the world beneath our feet. Moreno goes deep into the unseen tunnels, metros and sewers that support life for the millions above, juxtaposing that world with the one seen every day. Lack of light or color, otherworldly sounds and machinery and nocturnal animals inhabit the dark corridors in a cinematic experience that begs to be enjoyed in a pitch-black theater with high-quality speakers.

What were the biggest difficulties in filming in such remote and underground places?

There were three particularly significant difficulties. The first was obtaining permits that were delayed for about a year as they involved many institutions. The second was the long process of searching for locations since it was a very large space, of which there are hardly any references and which is as big as the above-ground city. And the third was the filming itself because it involved shooting in spaces with very difficult access, with heavy equipment and little or no mobility.

Canary Islands is such a small place, but has a wonderful cinematographic tradition, particularly in animation and documentary. Can you talk a little about why so much quality filmmaking comes from such a small island?

There is currently a large generation of filmmakers from the Canary Islands who are doing really a lot in the last ten years. We belong to the same generation and we have a clear idea of cinema as a cultural asset, in addition to a similar sensitivity when gambling with new languages. Unfortunately, all this talent of filmmakers is not compensated by the Government of the Canary Islands. We need a solvent and continuous support to back the filmmakers of the islands. There have been many times that great filmmakers have been lost due to lack of support.

Because of its subterranean aesthetics this film benefits from very specific exhibition conditions. What are your distribution and exhibition plans?

Indeed, the film is designed for exhibition in theaters. “The Hidden City” is deeply immersive and requires a room to enter this hallucinogenic journey to a territory so close to unknown. Our intention is to premiere in theaters and treat screenings as an event. We believe this is a film that, from the profoundly cinematic experience that it proposes, can reach an audience with a full sensory experience.

This film is, obviously, dark in aesthetics, but also juxtaposes humanity as we see it every day, and the darker and less evolved creatures below the surface. I wonder if it was all dark, or if you took something positive from this cinematic experience.

The subsoil of the city is a dark place, with hardly any reference to the exterior and where it is easy to feel out of place. Far from going against this fundamental element, what we did was to put it at the center of our film. We decided to work from the darkness, without artificial light. From the beginning of the project there was an image that pursued me, a tunnel with no light at the end. Almost always, the tunnels are presented to us with a light at the end. For me that is a saving, redeeming image. However, a tunnel to darkness, to the unknown, seems to me much more suggestive and mysterious. It is like peering into our own abyss. We believe that we have everything under control but there is a moment when that domain ends and we enter unknown territory. It is like crossing a threshold where our senses must be awake and where any source of light or sound is almost a revelation.

You said that the world below us always interested you, but you did not know much about it before filming. What did you learn along the way that surprised you?

Probably what surprised me most was the ability to move to unknown territory that is always very close to us. Once you enter the subsoil and lose the spatio-temporal references, this territory snatched by humans from nature, becomes a very suggestive place. At times I felt like an explorer in a territory that had barely been traversed. And this, considering that it is the subsoil of a city, I find very significant. I think it broadens our perception of cities while also projecting a new imaginary about daily life in cities. I would love if, after viewing “The Hidden City,” a viewer would see a sewer on a street not only as a functional space, but also as a gateway to an unimaginable world.