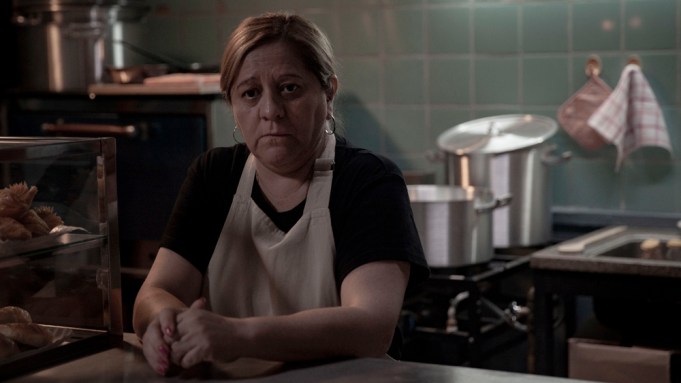 Jan Naszewski’s New Europe Film Sales has debuted the trailer for Argentinian film “The Lunchroom” (Planta Permanente), winner of the best actress award at Mar del Plata Film Festival, ahead of the Ventana Sur market. It is director Ezequiel Radusky’s second pic following “The Owners,” which played in Critics’ Week at Cannes.

The film is the story of Lila, who for 30 years has been a cleaner in a provincial municipality building. She’s an important figure in the office’s close-knit society because of the unofficial staff cafeteria, which she runs together with her friend Marcela. When Lila gets the opportunity to refurbish the lunchroom and run it officially as the boss, this elevation of her status causes Marcela’s envy and starts a slow decay of the office’s delicate status quo.

“The Lunchroom” was produced by Nicolas Avruj and Diego Lerman at Argentina’s Campo Cine, whose credits include “Refugiado,” “Los Hongos” and “Monos.” It was co-produced by Mariana Secco of Salado in Uruguay. The script was written by Lerman and Radusky. The film was supported by INCAA, ICAU and Ibermedia, and won the best project award at the Europe – Latin America Coproduction Forum at the San Sebastian Film Festival in 2017.

Naszewski described the film as a “subtle, intelligent drama, which offers an emotional load and great observation of human behavior as well as a humanist and feminist message that can be very inspiring.”

Avruj said “The Lunchroom” was a darkly comedic film centering on the “miseries that a minor change could introduce in a structured and hierarchical office milieu.”