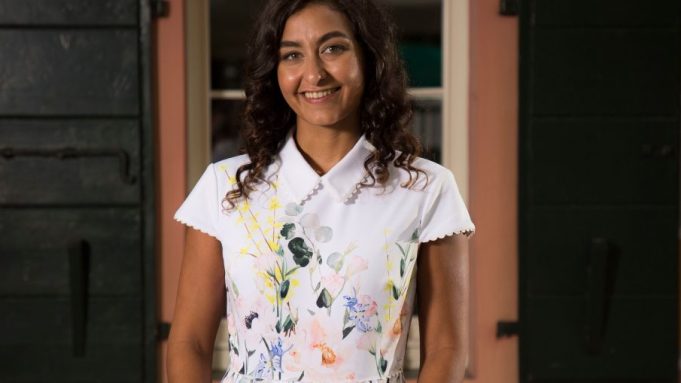 Young Saudi Arabian writer-director Shahad Ameen is making a splash in Venice with her debut feature “Scales,” a feminist fable that draws on Arabic folklore about a young woman named Hayat who rebels against the tradition in her fishing village of sacrificing female children to monstrous mermaids lurking in the sea. She spoke to Variety about the long journey of this visually impressive and narratively bold depiction of patriarchal power that packs a subtle but incisive punch.

I’ve been tracking this film for a long time. Can you talk to me about its journey?

I started writing the script for “Scales” when I was in post on my short “Eye & Mermaid,” on which the film’s concept is based on, even though it’s a completely different story. That was in around 2014. The script took a very long time before we got to where we were able to shoot; it went through lots of drafts. I’m so glad that in the end we really focussed the story on Hayat and her journey in particular and telling the story from her perspective. Then we shot in 2017, but we were in post for a very long time…Until we reached a cut that we were all happy with.

How personal is the story for you?

I wanted to tell a story of how when I was growing up I was ashamed of how my body changed. Because I was such a tomboy. I was like: ‘suddenly my muscles are weaker: that’s not fair! I used to be better than boys in sports just two days ago.’…I wanted to tell the story of how the pressure of being a girl in Saudi society can kind of ruin the idea of being a woman for you in the future. That’s been my story. But I felt it’s not just me…When I was in school I remember lots of little girls, the ones who liked sports, we were saying: ‘of course we want to be boys. Who would want to be a girl! That’s what it was like until I was, like, 23. And then I was like: ‘of course I want to be a woman!’ You have to unlearn a lot of the things that they taught you about yourself, about your body. To find peace with them. And I wanted to tell that story. For me that’s Hayat’s journey. Finding that peace. Finding that strength in her, that she didn’t realize she had.

It’s pretty clear that the film is quite personal. But it’s set in a timeless world that is not nationalistically defined.

Males write history, and they write the cycle of this world…I wanted to tell a timeless story because it could happen anytime and, really, any place. In Europe, in the U.S. the prejudices [against women] are more hidden. But, believe, me they are there.

What’s your hope for the film getting seen and understood in the Arab world? Do you feel it can have an impact, that it packs a punch?

Yes, I do. That’s why I made it. But a hidden punch. I didn’t feel a need to be very obvious about things. I wanted the film to have my identity; I love period pieces. I wanted it to be like the poetry I like. When I read Arab poetry I always feel like it has our identity and our voice. But when I watch our movies I feel like we haven’t established a very strong visual voice. I wanted to have that. I don’t care about action. My story is a story of contemplation; of meditation. I really wanted it to have this clear visual identity that is different.

What are the prospects of ‘Scales’ getting distributed in Saudi?

I really hope it gets shown. The Saudis who saw it here in Venice loved it. That was encouraging. We shall see.