Venice: Eco-Doc ‘The Great Green Wall’ Director on a ‘Story of Hope’ 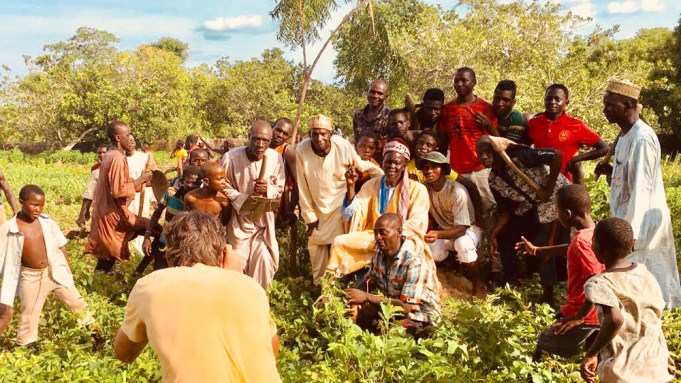 “Buena Vista Social Club” meets “The Year of Living Dangerously” is how director Jared P. Scott pitches “The Great Green Wall,” an eco-documentary that shines a light on one of the world’s most ambitious but unsung initiatives to tackle climate change. The film premieres on Saturday in Venice Days, an independent section running alongside the Venice Film Festival. The film will be shown to 150 heads of state at the U.N. Climate Action Summit in New York on Sept. 23.

Executive produced by Fernando Meirelles, the Oscar-nominated director of “City of God” and “The Constant Gardener,” “The Great Green Wall” focuses on the plan, agreed by 11 African nations in 2007, to plant 8,000 kilometers (4,970 miles) of trees and vegetation across the Sahel, the semi-arid area that stretches the entire width of the continent, just below the Sahara desert.

The 90 minute doc tells its story through the eyes of Malian musician and activist Inna Modja, who travels through Senegal, Mali, Nigeria, Niger and Ethiopia. Along the way she meets some of the people most affected by climate change and land degradation in the Sahel, and highlights the issues that the Green Wall aims to counteract: desertification, drought, resource scarcity, conflict, migration and radicalization.

Modja’s music intertwines the film, which makes it much more than a traditional current affairs-type documentary on climate change, says Scott. Modja processes the conversations and encounters she has en route through song, collaborating with renowned African musicians such as Didier Awadi, Songhoy Blues, Waje and Betty G. “Music is a great way to give soul to this film,” adds Scott, who made his name with Emmy-nominated climate-change documentary “The Age of Consequences” and “Requiem for the American Dream,” about financial inequality.

Scott worked with director of photography Tim Cragg, who won acclaim for his cinematography on hit documentary “Three Identical Strangers.” Cragg shot the film handheld, lending a vérité feel, and also filmed whenever he could at the “golden hour,” when the sun was rising or setting. The idea was to show the “vulnerability and vibrancy” of the countries in the film, says Scott.

He describes “The Great Green Wall,” which is produced by documentary specialists Make Waves in association with the United Nations Convention to Combat Desertification, as a “cautionary tale” for the world, one that lays bare the very real impact that climate change is already having in some areas. He also notes that only 15% of the Green Wall has so far been planted. “There is definitely a mismatch now between the ambition of this project and the actual results of it.”

“But in the end ‘The Great Green Wall’ is a story of hope,” says Scott, describing it as a tale of optimism, solidarity and resolve. “If completed, this wall will be the largest living structure on Earth, three times the size of the Great Barrier Reef.”

The hope is that this film might just provide an impetus to get more of it built.