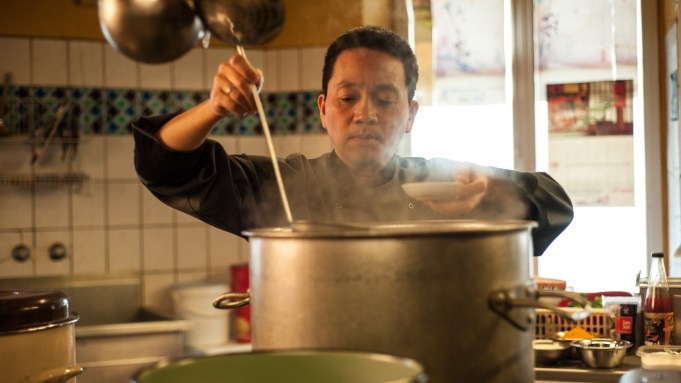 Described as a story about love, misunderstanding and food, “The Taste of Pho” follows Long, a Warsaw-based widowed Vietnamese cook who struggles to fit into the European culture, which his ten-year-old daughter Mia has already embraced as her own.

Born in Japan in 1983, Bobrik lives in Poland, where Vietnamese people make up one of the country’s biggest ethnic minorities.

““I didn’t want to portray a Japanese cook, because then the film would show a very specific person. Instead, I wanted to focus on someone whom I know less. After that, the idea of a Vietnamese cook came about naturally,” she said.

But neither is it a film about a Vietnamese dish. “I didn’t want to make a movie about pho – at least not in a literal sense – but about the feelings it can evoke. About what it can actually give people.”

She continued: “We all have that, because if your mother makes an incredible cheesecake, it will always make you think of her later on in your life. It’s something that seems very cinematic to me.”

“I saw Naomi Kawase film [“Sweet Bean”] and although I wouldn’t call it an inspiration, it might be that we just have a very special bond with food in Japan,” she added.

Produced by Germany’s Rohfilm Productions and Poland’s Lava Films, in co-production with Opus Film, the film has been supported by Medienboard Berlin-Brandenburg, the Polish Film Institute and Lodz Film Fund.

Bobrik, who graduated from the directing course of the Polish National Film School in Lodz in 2009, participated with “The Taste of Pho” in Cinéfondation: Résidence du Festival de Cannes in 2012, as well as the Berlinale Script Station program in 2013.

The script won a 2nd prize at Poland’s Script Pro competition in 2015.

Created by the San Sebastian Festival in collaboration with the Berlinale, and jointly organized with the Basque Culinary Center, Culinary Cinema aims to unite cinema, gastronomy and activities related to food in education, science and agriculture.