SEGOVIA — Things got weird in Segovia over the weekend at Spanish animation, video game and new media networking event and festival 3D Wire. And it looks like it’s going to stay that way. As of Saturday evening’s closing ceremony, the annual event went by the name Weird Market. It also plans to expand to include other formats including comic books and tabletop games.

“The new name is quite literal. It’s going to be a weird event,” 3D Wire-and now Weird – founder-director José Luis Farias explained to Variety in Segovia. “There will be new dedicated sections for comics and tabletop games. We are going to focus more on IP and we don’t care if it starts out as something as small as an animated GIF or a toy. In the end, we want to work with good ideas.”

Over 11 editions, the event has grown into one of the key dates on the calendar for Spanish industry professionals, as wells as those from outside the country looking to partner with a Spanish company.

“We have become more international every year, but inadvertently,” said Farias. “What we offer is content and a meeting point. What we have noticed in recent years that there is major interest in this type of cosy, well-curated event where the important thing is not the quantity of people or projects, but the quality.”

While the number of accredited professionals, projects, short films, video games and features are relatively consistent from year to year, the countries they come from has climbed to 25, and walking through the networking space one is struck by the number of languages and regional dialects being spoken, increasingly diverse from year to year.

And networking is, at the heart of it, what has made 3D Wire such an impactful event.

“What we do here is create relationships; not just professional but personal,” says Farias. “In the end, animators can spend years working together, so we try to match projects and people that that will be comfortable together.”

On Saturday evening, in the standing room only Zualoga Museum, the last 3D Wire and first Weird’s closing ceremony dished out honors to short films, series and video games which had screened over the previous week.

For the fourth consecutive year, Telefonica’s Movistar+ Award was granted to a short project, Diego Porral’s “Leopoldo of the Bar.” Movistar agreed to acquire two-year broadcast rights for the short for €9,000 paid. And, when finished, the short will compete in the 2020 or 2021 edition of Weird Market.

“The Mystery of the City of Cucut,” (Hector Arnau Fernández, Spain)

“Can I Keep It?” (Rosario Carlina, Argentina) 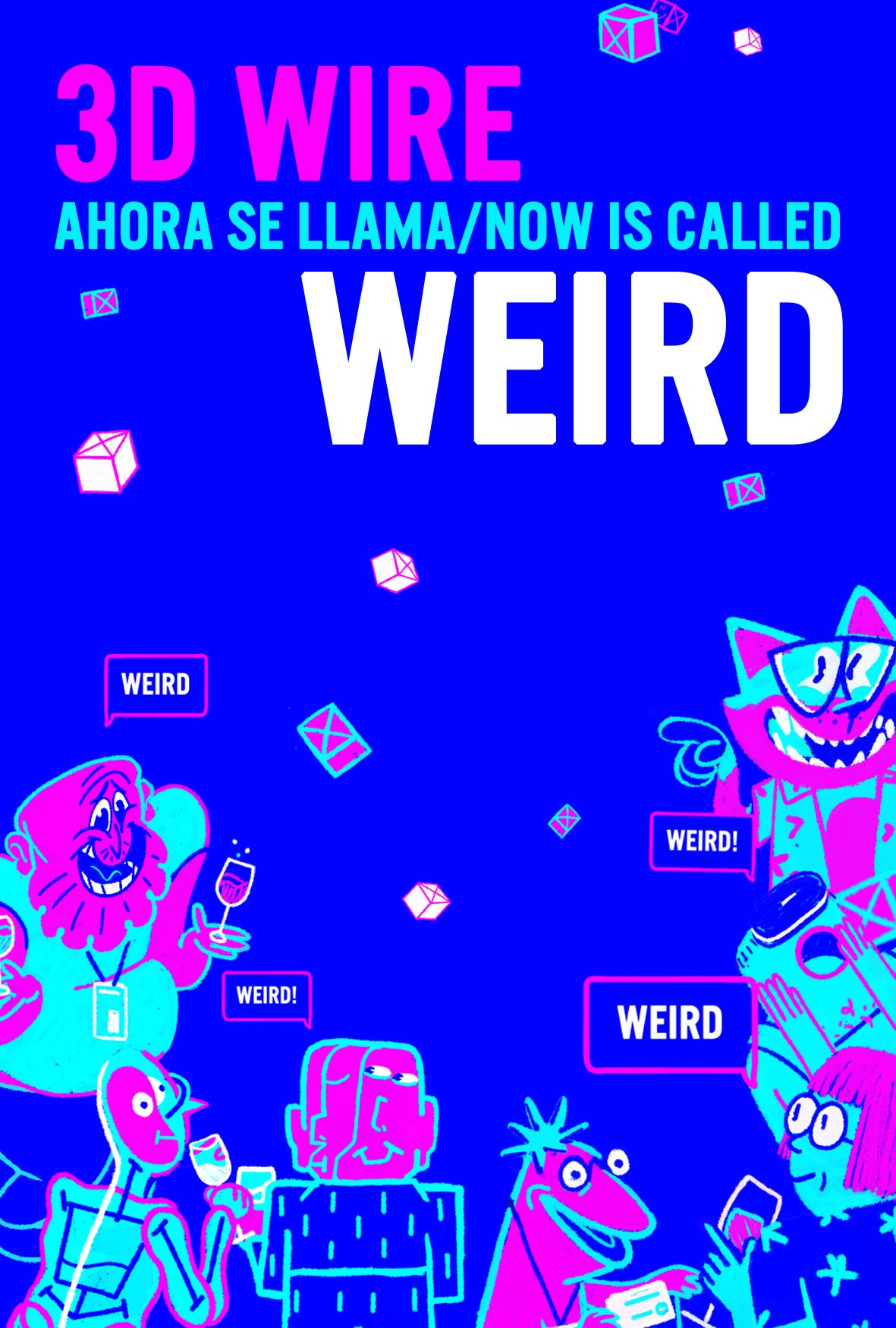