Continue to Variety SKIP AD
You will be redirected back to your article in seconds
Sep 4, 2019 2:56am PT 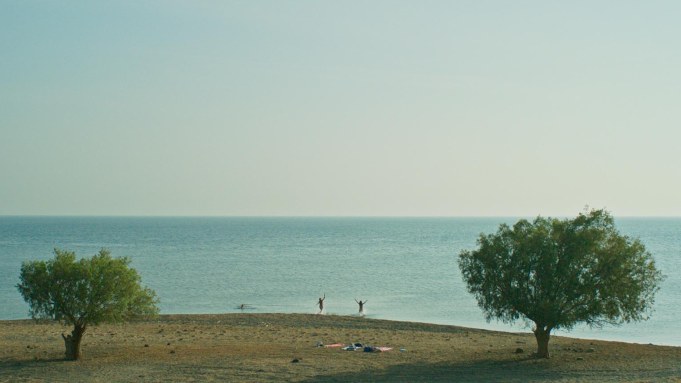 Variety has been given exclusive access to the trailer for Miguel Ángel Jiménez’s “Una Ventana al Mar” (Window to the Sea), a romantic drama starring Emma Suárez which will have its world premiere at the EiTB Gala held during the San Sebastian Intl. Film Festival.

Heretic Outreach is handling world sales. The film will have its market premiere in Toronto. Filmax will distribute the film in Spain.

The film follows a middle-aged Spanish woman (Suárez) who, faced with life-changing news, decides to take a trip to Greece with her closest girlfriends, against the advice of her doctors and son.

A spontaneous decision takes her to the island of Nisyros, a tiny slice of paradise that immediately feels like home. There she meets a Greek man, Stefanos (Akilas Karazisis), and finds herself falling in love against all odds. What began as a brief escape from reality soon turns into an unexpected shot at happiness for a woman who takes a leap of faith and dares to live on her own terms.

“‘Window to the Sea’ is my little straightforward love song to Maria, the main character,” said Jiménez, who co-wrote the script with Luis Moya Redrado. “Even in her worst moments, I also wanted to be honest and simple telling this story about love and hope.”

He continued: “I wish the audience will look out through our window to the sea and will feel the emotions of Maria, her love and dignity, and hopefully come out of the theater willing to call a loved one, and maybe to travel far away.”

“‘Window to the Sea’ was and still is a dream project,” said Heretic’s Giorgos Karnavas. “It is so refreshing to have a pure art-house director narrate a simple crossover story and give to it freshness, human emotion and above all honesty.

“As Heretic Outreach is also handling the world sales of the film,” he added, “Our goal now is to do our best and bring it to the audiences around the world where this beautiful film should find the place it deserves.”

“Since our first encounter in Trieste in 2016, Heretic has been our beloved partner of the project,” added Jiménez. “Rarely do co-productions go so well, so that the partners wish so hard to work together again, and this is one of those occasions.”