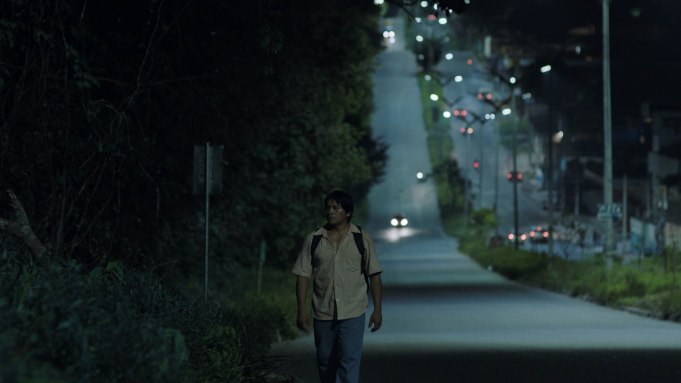 Paris-based Still Moving has dropped a first international teaser-trailer for Maya Da-Rin’s “A Febre” (The Fever), which world premieres this week in main International Competition at the 2019 Locarno Intl. Film Festival.

Produced by Dar-Rin’s label, Tamandua Vermelho, and Sao Paulo-based Enquadramiento Filmes, “The Fever” is co-produced by Komplizen and Still Moving, which has also stepped up to handle international sales.

Brazil’s Vitrine Filmes, the go-to-distributor for many top Brazilian films – “Divine Love,” “Bacurau” – will release “The Fever” in Brazil.

At a time when Brazil’s president Jair Bolsonaro has drawn world attention to the fate of the Amazon, championing its predominantly illegal logging industry, “The Fever” nails the fate of many indigenous Brazilians.

In the teaser trailer, Justino, 45, of Desano origin, pops his grandson onto his knee at dinner and tells him a story about a hunter who has a lot of food,  but decides he wants more, falls asleep in the forest and is taken off by big monkeys to their magic kingdom. Now, the hunter doesn’t know how to go home.”

He could of course be talking about himself. Having come 20 years ago to Manaus, the Amazon’s huge port, Justino works as a society guard at a container depot, speaks perfect Portuguese, but yearns to go home. Unable to, when his daughter announces she has just won a place at med school at Brasilia U, an event which threatens to leave him not only lost but alone, he begins to run a high fever.

Beautifully sound-engineered, the trailer ends and the film begins with Justino listening to the night sounds of the Amazon rainforest, a hunter at heart, in exile.

“Far from exotic folkloric cliches, Maya [Da-Rin] takes us to the edge of a mysterious world where dreams and reality, human and animal, city and forest intertwine,” said Still Moving co-founders Pierre Menahem and Juliette Lepoutre.

They added: “The sweetness in her gaze and her beautiful empathy for such characters reflect an amazing maturity for a debut feature. Very few Brazilian filmmakers have dared to explore universes so far away from their own world.”

“The Fever” originated in conversations between Da-Rin and indigenous families now living in cities, when Da-Rin was shooting two documentaries in the Amazon Basin.

“The stories they told me about their experiences revealed the complex and tense relationship between indigenous cultures and Western civilization, which has marked Brazilian history since colonial times,” she recalled.

“I began to jot down my first notes for a movie centered on the relationship between two generations, a father and daughter living in Manaus,” she added.

Shot by ace cinematographer Barbara Alvarez (“Whisky,” “The Headless Woman,” “The Second Mother”), “The Fever” has been put through many of Europe’s most prestigious development initiatives. Da-Rin first developed “The Fever”  at the Cannes Festival’s Cinefondation, before it was selected for the TorinoFilmLab’s Script & Pitch and the Fabrique des Cinemas du Monde in Cannes.