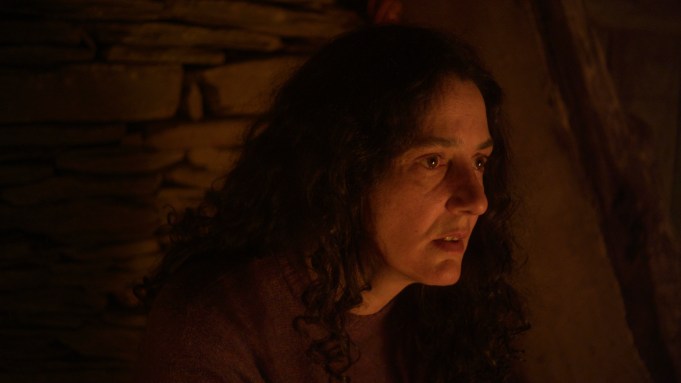 Fílmica Galaika, the production company behind it, has just released a trailer – days ahead of its premiere at Locarno.

Enciso is accompanied once again by the filmmaker and DP Mauro Herce, who is also presenting his own film, short “Lonely Rivers,” out of competition at Locarno.

Enciso maintains a filmmaking style already present in prior film “Arraianos” that lies between the hazy lines of fiction and documentary.

A hybrid, as he calls it, with a formal approach that avoids any “stylistic fireworks,” as he recognizes, “Endless Night” frames long, sustained shots that portray a post-Civil War Galicia lying between a narrative filmmaking that draws on literary tradition and one that is more pictorial and invites the audience to observe.

As in 2012’s “Arraianos,” Enciso works with mostly non-actors in an ensemble feature that derives its source material from theater pieces, memoirs and letters from the inmates of Franco’s prisons. He is not really interested in developing a full narrative structure but rather creating a portrait out of small, insightful moments. Immensely reflexive in its nature, the film finds in the daily conversations of its characters meditations on a Fascist-governed Spain seen by both winners and losers.

Returning to his home in the Galician countryside years after the Civil War, Anxo, a man who has managed to escape from the full horrors of the conflict, finds himself in a still recovering Galicia where the Fascist institutions are slowly taking over. For most people there’s little to hold on to but the remnants of the past.

In the trailer, we follow Anxo as he wanders through cold Galician landscapes that contrast with the silent close-ups of the characters he encounters along the way. The cold night surrounds them. Faces ravaged by war with a heavy weight in their eyes.

Although set in the past, the film’s themes and the restrained formal approach with which Enciso treats them (already a statement on its own) feel from the trailer to be hauntingly contemporary.