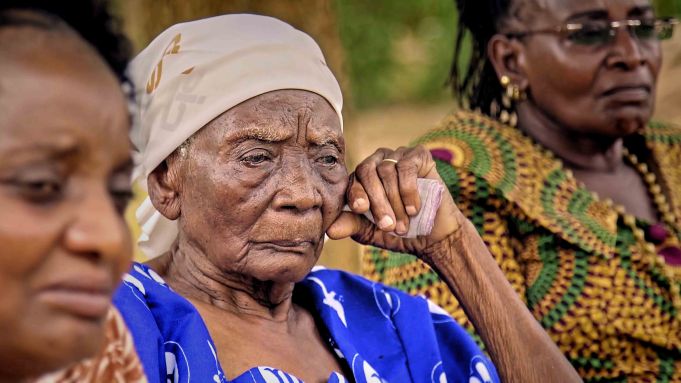 Variety has been given access to the trailer for Kenyan documentary “The Letter,” by producer-director duo Christopher King and Maia Lekow, which world premieres Nov. 23 at IDFA.

The film follows a young man who travels to his grandmother’s rural home when he learns she’s been accused of witchcraft. He soon discovers that the threatening letter she received came from a member of his own family, and that the accusations have caused a rift among relatives driven by a combination of superstition and economic motives. As the film’s focus widens, he learns that hundreds of other elders in the region are being branded as witches as a means to steal their land.

King and Lekow stumbled upon this unlikely drama while exploring the oral history of coastal Kenya, to which Lekow traces her roots. While researching the story of a female freedom fighter who was arrested by the British a hundred years ago and persecuted as a witch, they began to hear reports of area elders still being accused of witchcraft today. “More than 10 elders were being killed every month, with witchcraft being used as a cover-up for family disputes over land, inheritance and religion,” they told Variety by email.

The husband-and-wife team were inspired to share that story after meeting Karisa Kamango and his grandmother Margaret, who moved them with her “fearless spirit in the face of the dangerous accusations against her.”

“With most press reports going unnoticed in the 24-hour news-cycle, we felt an urgency to share this extremely personal story with the world as a feature-length documentary, and to help instigate some very important conversations,” they said.

“The Letter” explores how the rural Kenyan community is still suffering from the “unaddressed traumas of a violent colonial past,” dating back to the days of British rule, and made worse by “a lacking post-independence government, rising evangelism and cut-throat capitalism,” according to the filmmakers.

However, the duo said they found strength in “the understated power of women, alongside the resilience of family and community shines above all else, despite the growing threat of greed and inter-generational alienation.”

“The Letter” was produced through King and Lekow’s Circle & Square Films, with support from a range of regional and international bodies including the IDFA Bertha Fund, Hot Docs Blue Ice Group, and the Sundance Institute Documentary Film Program.