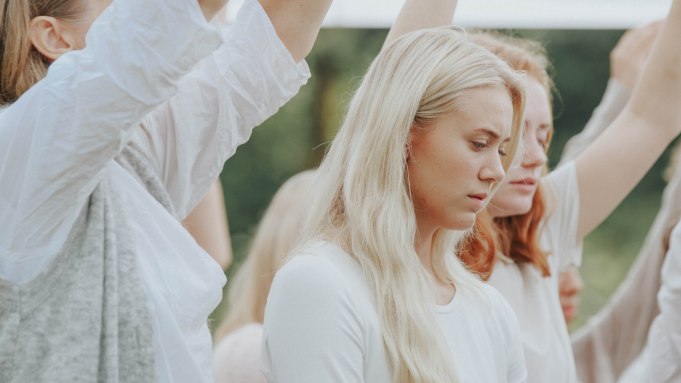 Variety has exclusive access to the English-language trailer for Norwegian feature “Disco” by Jorunn Myklebust Syversen, set to world premiere in Toronto’s Discovery program, before heading off to San Sebastian’s New Directors’ competition.

Toplining the cast is “Skam” actress Josefine Frida who has just been picked by Toronto as a “rising star” alongside three emerging international acting talents.

In her feature debut, “Disco”, Frida plays Mirjam, a 19-year-old freestyle disco dancing champion and poster girl for an evangelical movement, who later on joins an even more radical church.

“I’m really looking forward to showing the film to the audiences in Toronto and San Sebastian, and my hope is that the film will start conversations about faith and religion,” said writer-director Syversen Regarding her collaboration with rising star Frida, the helmer continued: “At the first meeting and screen test with Josefine, everything fell into place. She committed fully to the character, and understood exactly what I wanted to achieve. She has an incredible range and incorporated her own vulnerability and presence into the role.”

Frida – aka ‘Noora’ in the webseries phenomenon “Skam” –  added: “The dream is always to meet a director, read a script, or see a character where you know you can give it your all. I had that feeling after reading a couple of scenes and fortunately, Jorunn wanted me for the role as Mirjam. “

Admitting that her part was “challenging, both physically and mentally”, Frida says that “feeling safe and protected” with Syversen enabled her to “let go and give it everything.”

She went on: “Disco” addresses important themes and I wanted to give my character, Mirjam, a voice.”

“Disco” is set to open in Norway on Oct. 4, via Mer Film’s own distribution outlet.

Mer Film’s Ekerhovd will be attending Haugesund confab New Nordic Films (Aug. 20-23) with the feature project “Let the River Flow” by Ole Giæver (“Out of Nature”), to be pitched at the Nordic Co-production Market. Set in the Sami community, the pic is based on true events in the late ‘70s, when the Sami people rose against the Norwegian government.