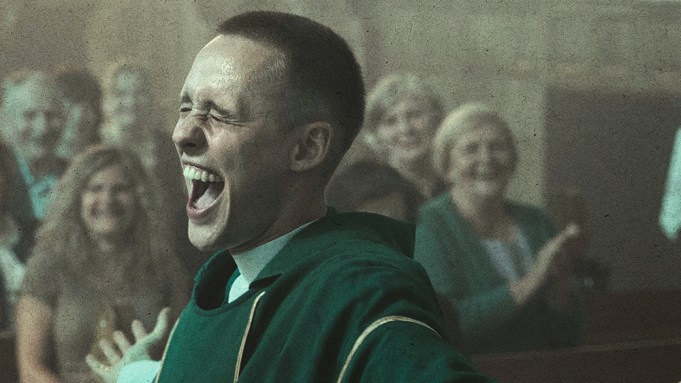 Jan Komasa’s “Corpus Christi,” Poland’s official entry in the Best International Feature Film category of the Academy Awards, has become an arthouse hit at the local box office. The film has also become an international sales success with the number of territories sold rising to 45.

The film, which world premiered as part of Venice Days and made its North American premiere at the Toronto Film Festival, has grossed 26 million PLN ($6.66 million) from 1.36 million admissions in Poland, making it the top arthouse drama of the year. The pic was in the top 10 for seven weeks, and is now in 11th place, playing on 60 screens.

Only around three Polish films a year reach the 1.5 million admissions mark, but these tends to be comedies, action films and epic war movies.

The pic, with a production budget of $1.3 million, follows 20-year-old Daniel, who experiences a spiritual transformation while living in a youth detention center. He wants to become a priest, but this is impossible because of his criminal record. When he is sent to work at a carpenter’s workshop in a small town, on arrival he dresses up as a priest and accidentally takes over the parish. The arrival of the young, charismatic “preacher” is an opportunity for the community to begin the healing process after a tragedy that happened there.

At Venice, the film won the Europa Cinemas Label Award, bestowed by a jury of exhibitors, and delivering enhanced support for the film’s distribution in Europe. The jury described it as “an enticing mix of the tragic and the funny – sometimes violent, sometimes highly emotional.” They added that the film is “driven by a truly striking central performance by Bartosz Bielenia as the charismatic Daniel… The story represents very clearly the conflicts in society today and between good and evil. In addition, the film’s clever choice of very contrasting music styles is especially effective in showing the tensions and conflicts within Daniel.” The film also won the Edipo Re Inclusion Award.

The film scored a 94% approval rating among critics, according to Rotten Tomatoes. Kevin Maher, a critic for London’s Times newspaper, wrote in his review: “It’s flawless storytelling, effortlessly played and with a rousing, if bloody, conclusion.” Leslie Felperin in the Guardian wrote: “Often moving but also disquieting and even intermittently funny, this drama unfurls a spiritual parable that is uniquely Polish but accessible to all. Piotr Sobociński’s blue-toned cinematography enhances the rapturous air and enhances a smartly written, unsettling work of realism.”

The 10-film shortlist for the International Feature Film Oscar, formerly known as the Foreign Language Film Oscar, will be revealed on Dec. 16; nominations will be announced on Jan. 13.