Continue to Variety SKIP AD
You will be redirected back to your article in seconds
Mar 11, 2019 6:00am PT

GUADALAJARA, Mexico —  This week, Mexico’s Guadalajara Festival will honor Chile as its guest country. That serves as  further recognition of an extraordinary 15 years after the so-called Newest Chilean Cinema broke out at 2005’s Valparaíso Festival with Matías Bize, Sebastián Lelio and Alicia Scherson bowing first features.

During that stretch, Chile, just the seventh-largest country in Latin America with an 18 million population, has punched in international terms far above its weight, winning major prizes at  Cannes, Sundance, Berlin and Venice, and breaking out to sizable box office on select titles abroad. Last year Sebastian Lelio’s “A Fantastic Woman” won him and producers Pablo and Juan de Dios Larraín an Oscar.

Now, however, Chile’s top talent is crossing over into TV, as TV producers return to cinema. The wall between both is fast coming down.

Chile certainly isn’t abandoning cinema. It has six or seven titles which could end up in sections at this year’s Cannes Festival, for example. But the TV moves have been multiple, constituting the biggest industry trend for Chile in the last five years. The diaspora looks set, moreover, to bring Chilean talent to a much broader reach of viewers over the globe.

*In February, Pablo and Juan de Dios Larraín’s Fabula inked a first-look deal with London-based Fremantle, one of Europe’s biggest backers of international talent, to co-develop a slate of English and Spanish-language drama series, Fremantle distributing worldwide. The deal rolls off Fabula and Fremantle’s co-production, with Argentina’s Kapow, and backed by Chile’s CMTV, of “The Pack,” a psychological gender crime thriller.

“We’re very comfortable, depending on the nature of projects, to tell stories which, maintaining a cinema narrative, can find their audience in a cinema theater on or TV, or other forms of private viewing,” says producer Alejandra García, at Wood Producciones.

*Chile’s most prominent TV producer, Parox, which developed for NBC an English remake of TVN’s sci-fi TV series “Gen Mishima,” is also moving back into film with Cristián Jiménez’s “Escape.”

*Alejandro Fernández Almendras (“To Kill a Man”) has begun to write several drama series, details to be revealed when the shows are greenlit, he says.

*Chile’s CNTV regulator-fund has opened up all its financing lines to international co-production. “The economic situation of Chilean networks is critical. They are hardly investing in TV of high-production levels. So the CNTV is increasingly important,” García comments.

*Apart from Mexico, Chile is the country that presented most projects for March 13’ FICG TV Pitchbox of drama series seeking co-production. Straddling the divide, Parox has scored a double whammy with buzzy titles in both the TV Pitchbox – “The Silver Bridge,” a Narco trade origins series – and reflective jail-break thriller “Escape,” from filmmaker Cristian Jiménez (“Bonsoi,” “Family Life”) at the movie-focused Guadalajara Co-production Meeting.

If it ain’t broke, don’t fix it, the saying goes. But you can always use it as an asset in another medium which is fast becoming far more creatively exciting.

A first film-TV synergy is the crossover of talent, says Angela Poblete, Fabula head of TV. “It’s a privilege to bring to TV the artistic quality of cinema and the technical quality of commercials,” she adds.

That crossover is also facilitated by the revolution in artistic ambition in foreign-language TV. “For years, key creative decisions in TV were taken in dialog with client broadcasters which had a clear idea of their audience,” says Parox co-founder Sergio Gándara. He hopes the new TV scenario will now “democratize” the access to creation.

That indeed is now happening. “Our vision is to put artistic integrity and quality at the center of our projects. In this sense, we feel comfortable entering TV. The standards in Latin America are ever higher,” Poblete observes.

So “The Pack” makes a big bold artistic step, imagining an anti-gender abuse police unit staffed by women, and it has turned to preeminent talent which has made its name in cinema, to drive the series’ creativity: As showrunner Argentine writer-director Lucía Puenzo, whose 2007 “XXY” won the Cannes Critics’ Week Grand Prix, while 2013’s “The German Director” was selected for its Un Certain Regard; as one of its key cast, Daniela Vega, star of “A Fantastic Woman.”

The industry context has changed, as well. As they battled in a bitterly competitive market for exiguous TV advertising, Chilean TV networks have turned to produce telenovelas, not international-standard series.

“Independent producers have turned to international co-production or international operators to make their series,” notes Constanza Arena, at CinemaChile.

Chilesan TV titles of international impact have almost all been co-produced with or produced for international operators, whether Fabula’s “Fugitives” (HBO), Nicolas Acuña’s “Besieged” (Fox Networks Group Latin America) and “Mike & Mary” (Turner Latin America). As Netflix and Amazon have driven into drama series production in Latin America, the number of potential co-financing partners in or outside the region has grown exponentially.

Then there’s reach. Chilean movies have posted notable box office outside Chile. Fabula’s “Gloria” and “No,” co-financed by Participant Media, earned $9.0 million and $10.3 million respectively worldwide. The contrast with Chile is telling. On its first theatrical run in Chile, “A Fantastic Woman” sold just 74,000 tickets.

Filmmakers are in one sense – distribution – already making films which depend on TV. Tomás Alzamora’s Miami Fest winning feature debut “Little White Lie” notched up just 15,000 admissions in Chilean theaters. But a “very good” pan-regional TV/Internet deal with Sony has allowed it to screen on HBO “reaching far more people and a diverse public all over the continent,” says producer Pablo Calisto, at Santiago-based Equeco.

The pay-package, often much better for directors and screenwriters, and economic model play a part, of course in the film to TV diaspora.

“The TV economic model is more comprehensible when building a stable company, than a film industry reliant on, say, subsidies which are impossible to project,” said Promax’s Gándara.

Above all, perhaps, Chilean filmmakers may have a particular talent for TV.

“There’s a crop of directors in Chile with huge talent who know how to render a priori local stories universal, and shoot in a highly cinematographic way, says Film Factory Ent.’s Vicente Canales, a frequent sales agent on Chilean films.

One key to that universality is how filmmakers frame their stories in a more general context. Two examples: Alejandro Fernández Almendras’ “To Kill a Man” turns on a father’s attempt to protect his family from local thugs. It also questions the real psychology and heroism of classic Hollywood revenge narratives.

“Invisible Heroes” has shards of culture clash comedy but builds as a culture collaboration thriller. People from two ends of the earth are more similar than different, it suggests.

That glocal double effect is a now a key appeal of international drama series. Viewers want to discover new local worlds. They also yearn to learn verities about a global world in turmoil. Chilean filmmakers often deliver on both counts. 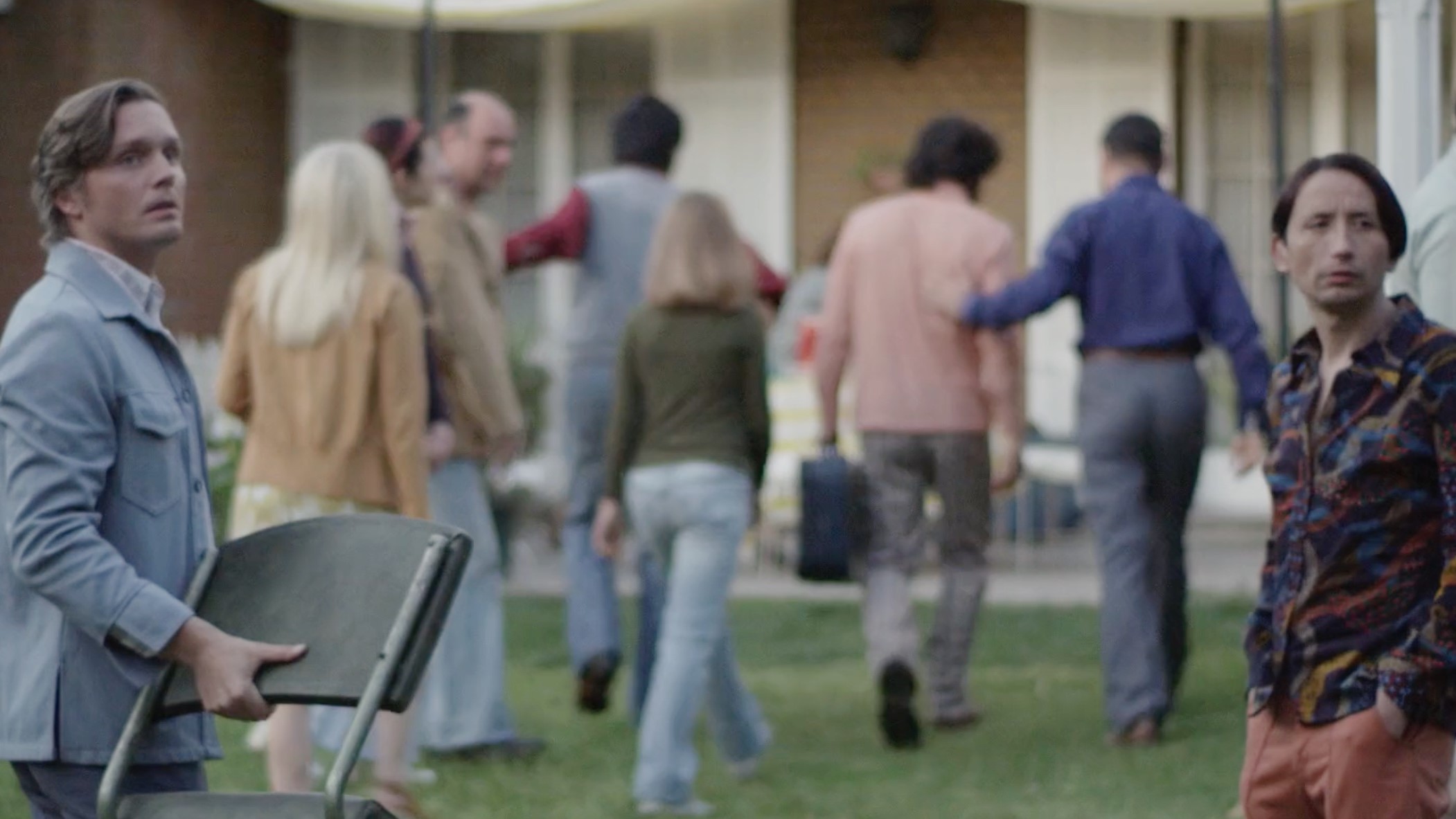