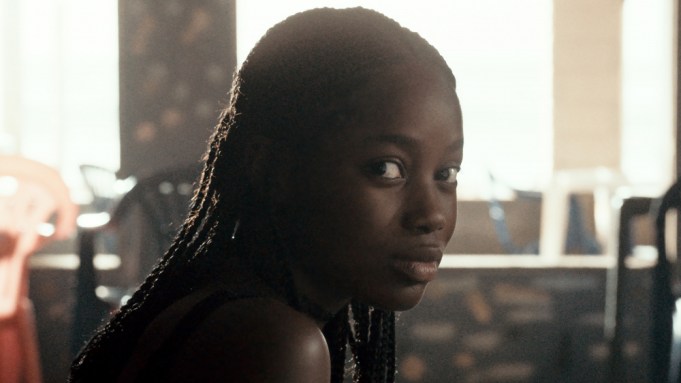 MK2 has unveiled a clip for Mati Diop’s “Atlantics” ahead of its world premiere in competition at this year’s Cannes Film Festival.

Diop, a French-Senegalese filmmaker, is the first black woman to have a film in competition at Cannes. “Atlantics” is based on her 2009 documentary short “Atlantique,” which screened at film festivals across the globe. It won several trophies, including the Tiger Award for short film at Rotterdam.

“Atlantics” tells the story of a young woman from Dakar whose lover has mysteriously disappeared. Believed to be dead, he returns to the Senegalese village.

The film is produced by Les Films du Bal, Cinekap and FraKas Productions. Ad Vitam will release the film in France.

Cannes Film Festival is currently underway in the South of France. This year’s lineup is notable for featuring a record number of female filmmakers. Fifteen of the movies in Cannes’ official selection and four competition titles were directed by women. The increase in female voices comes at a time when the festival has been under pressure to highlight more work from women.

Other titles debuting at the 2019 gala include Jim Jarmusch’s zombie comedy “The Dead Don’t Die,” Quentin Tarantino’s star-studded drama “Once Upon a Time in Hollywood,” and Pedro Almodóvar’s semi-autobiographical film “Pain and Glory.”