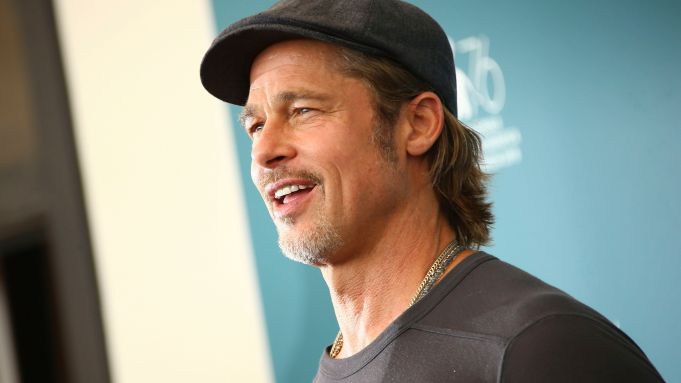 Brad Pitt, the star and producer of James Gray’s sci-fi drama “Ad Astra,” which world premieres at Venice on Thursday, said that the film was a personal one and to some extent dealt with the modern concept of “masculinity.”

“In retrospect, what James and I were digging at was that definition of masculinity,” Pitt said at a news conference, alongside Gray and co-star Liv Tyler. “We’ve both grown up in an era where we were asked to be strong…and there is a value in that, but [also a] barrier because you’re hiding some of those things you feel ashamed of. We all hide and carry individual pain and wounds.”

Pitt plays Roy McBride, an astronaut who has followed in his father’s footsteps. The relationship between the two men is central to the film. (McBride’s father is played by Tommy Lee Jones.)

“We were asking the questions – is there a better definition [of masculinity] for us…a better relationship with loved ones, with your kids and with ourselves?” The actor said he and Gray didn’t have a “normal male relationship” because they were “open about sharing feelings, perceived failures or missteps” with each other.

Pitt also said “Ad Astra” was “one of the most challenging films I’ve ever worked on,” but not because the film takes place in outer space – although he admitted that he “shared some discomfort stories” with George Clooney, who starred in “Gravity.”

“The story is so delicate and we knew that any clips, voiceover could tip the film over, make it too obvious, so it was a constant effort to try to maintain a balance and keep this story unfolding in a very subtle and delicate way,” he said.

Pitt, who is often shown alone in the film rather than together with other characters, said one of the hardest things was to portray McBride’s lack of connection with his loved ones. The actor-producer said he was inspired by the character’s journey “as a man, as a father and as a son.”

Pitt said he and Gray also shared a love for “great films of the ’70s. In these films, the characters are not all good or bad but humans. These are the stories I’m drawn to… more complex than a black-and-white image of the world.”

Asked if he hoped to end up at the Oscars, Pitt said he was eager to see the film “get out there”and “curious to see where it lands” because “it has something to say about who we are…our purpose.”