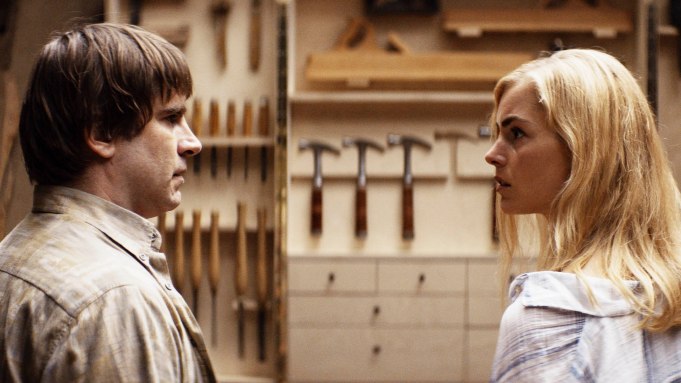 Beta Cinema has acquired the dark, offbeat comedy “Patrick,” the feature debut of Flemish director Tim Mielants (“Peaky Blinders”), which will world premiere in competition next month at the Karlovy Vary Intl. Film Festival. Variety has the exclusive trailer.

Featuring Kevin Janssens (“Revenge,” “The Ardennes”), Jemaine Clement (“Flight of the Conchords,” “Legion”) and Bouli Lanners (“Rust and Bone”), “Patrick” is the story of a handyman at his father’s naturist campsite who dedicates his spare time to designing and building furniture. When he loses his trusted hammer, his search to retrieve it takes him to the furthest corner of the campgrounds—a journey that takes on existential meaning when his father passes away. As the life he long took for granted suddenly shifts course, Patrick embarks on a tragicomic quest that might ultimately help him become a new man.

“Patrick” is produced by Bart Van Langendonck of Savage Film (“Bullhead,” “The Ardennes”). Beta Cinema will handle all international rights outside Benelux.

Mielants directed two seasons of “Legion,” created by Noah Hawley, for FX. He also directed AMC’s Arctic-set thriller “The Terror,” crime drama “The Tunnel,” and all six episodes of season three of “Peaky Blinders.” “I am particularly proud to have my first feature premiere at Karlovy Vary because this is a festival that is known for the best that cinema has to offer, and one loved by cinephiles,” he says.

Thorsten Ritter, EVP of acquisitions, sales and marketing for Beta Cinema, adds: “‘Patrick’ is fiercely original. It stands out, but never in self-indulgent ways. Like ‘Woman At War’ or ‘Border,’ ‘Patrick’ expands the narrative realm and genres. ‘Patrick’ is a thriller, comedy, drama, parable, all in one.”

Founded in 2007 by Bart Van Langendonck, Savage Film operates from Brussels in association with Eyeworks. The company established itself internationally with Michaël R. Roskam’s “Bullhead,” a box-office hit in Belgium which sold to more than 20 territories and was nominated for a César, as well as a foreign-language Oscar. Robin Pront’s Flemish noir debut “The Ardennes” was a box-office and festival success as well, while the hybrid docu-fiction “The Land of the Enlightened,” by first-time director Pieter-Jan De Pue, had a strong festival run after its Sundance premiere in 2016.