Women Creators, Fans at Comic-Con Rise Up Against Culture of Misogyny 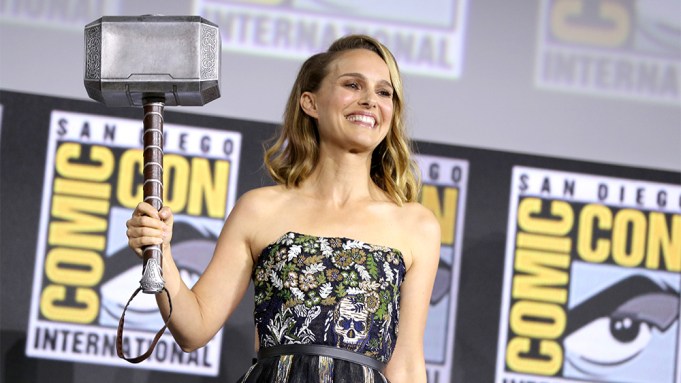 Women stormed Comic-Con 2019. The presence of female creators and actresses on Hall H panels demonstrated that a fan culture that has sometimes been faulted for being misogynistic is becoming more inclusive. The feminist undercurrents that are reshaping the geek landscape weren’t just displayed onstage. It was also evident in the legions of fans dressed like everyone from Brienne of Tarth from “Game of Thrones” to Gwen Stacey from “Spider-Man” — they’re the kind of empowered, fully realized characters that have helped shatter glass ceilings.

The annual San Diego celebration for comic book lovers (and the media conglomerates hoping to convert them to moviegoers and streaming subscribers) turned 50 this year. While the published and filmed content on display has gotten better at representing a spectrum of gender, race and sexuality, some fan communities still cling to antiquated social politics.

Similar instances of aggression, or “closet misogyny,” as Miller called it, crept in several times over last week’s convention.

“We’re moving in the right direction, but it’s a journey,” said Jeannette Francis, a film executive at J.J. Abrams’ Bad Robot, speaking on an official Comic-Con panel titled Entertainment Is Female last Friday. Samantha Crawley, director of development at “The Walking Dead” comic book publisher and media company Skybound Entertainment, said, “It’s going to be one of those things where each time something crops up, we have to make sure that as a fan cult, we don’t allow it.” She added that having women present in all stages of development and production is just as important as tuning out the noise of social media.

“It’s our job to protect those characters. The more women there are in the room, the better and more genuine and authentic that character will feel when it gets to screen,” said Crawley.

One such creator protecting her character this week was Noelle Stevenson, a 27-year-old animation phenom who was hired to reenvision the beloved ’80s character She-Ra. Stevenson’s “She-Ra and the Princesses of Power,” adapted from the Masters of the Universe series by DreamWorks Animation for Netflix, has faced backlash to the updated visual take, specifically around She-Ra’s body.

In the original 1985 television series from Filmation, She-Ra was rendered in Barbie-esque proportions as a buxom blonde with a cinched waist. Stevenson’s take, which is aimed at a young female audience, is about an orphan named Adora whose magical sword transforms her into a warrior princess. Many men (and a decent amount of women) decried the change, saying the character appeared androgynous.

Some of the more hateful reactions were transphobic, while other keyboard critics lamented the desexualization of her original form.

“It’s something I was prepared for. Especially since it’s an ’80s property, there’s nostalgia around it,” Stevenson told Variety. “We’ve seen this play out time and time again; of course there’s going to be shock that there’s a change being made to something that’s been such a part of the zeitgeist.”

The creator and her team kept the conversation about the show positive as often as possible. “I believed if [people] gave it a shot, whether or not they were doing it to hate watch or not, that they would find something to like about it.”

Another goal of the redesign, Stevenson said, was to create a character young girls could emulate and identify with, as opposed to creating unrealistic beauty standards for an impressionable audience.

“For kids who want to play as She-Ra, what are they going to want to wear?” she said.

Some people seemed more receptive to the changes taking place. Marvel Studios brought out two female directors during its Hall H panel — Chloé Zhao for “Eternals” and Cate Shortland for “Black Widow” — to great fanfare. The room and Twitter feeds around the world also exploded when “Thor: Love and Thunder” director Taika Waititi announced that franchise star Natalie Portman would return alongside Chris Hemsworth for a third sequel to the original. This time she’s not just playing a love interest. Instead she’ll wield the hammer as a female version of Thor from a comic series that imagines the god of thunder as a woman.

Many of the creators and fans Variety spoke with on the ground in San Diego blamed the media for playing up the response by online trolls because it makes for inflammatory headlines. While it’s true that some stories are getting undue attention for outlets in search of clickbait, some instances of abuse or bullying deserve to be exposed.

Take “The Rally for Rose,” a cosplay parade devoted to actress Kelly Marie Tran and her “Star Wars: The Last Jedi” character Rose Tico. While many critics praised Tran as the breakout of the 2017 Rian Johnson film, Twitter and Instagram users bombarded the actress with bigoted and body-shaming comments to such a degree that she deleted her accounts. Tran later addressed the hate speech in a powerful essay for The New York Times. “Their words reinforced a narrative I had heard my whole life: that I was ‘other,’ that I didn’t belong, that I wasn’t good enough, simply because I wasn’t like them,” Tran wrote.

For the second year, women at Comic-Con rallied around Tran, staging a demonstration dressed as Rose Tico to stand with her in solidarity. Proceeds from the sale of T-shirts at the event on Saturday went to the National Asian Pacific American Women’s Forum.

“I’ve been coming to Comic-Con ever since I was a teenager, but last year was the first year I cosplayed, because Rose Tico existed as a character who was Asian,” Candice Mack, a Los Angeles resident who participated in the parade, told Variety. “I’m a really big fan of Kelly Marie Tran, and I think what happened to her was really awful and hurtful, no matter what people feel about the film.”

Slings and arrows aside, change was visible all around San Diego. Ten years ago, director Catherine Hardwicke brought an upstart vampire romance called “Twilight” to the convention center, which inspired a real-time protest from fanboys on the floor. Men were reportedly furious that shrieking teen girls had invaded the convention center hoping to catch glimpses of stars Robert Pattinson and Kristen Stewart.

Numerous reports at the time said comic purists resented a departure from the theme of the event, and many industry watchers point to that specific film making Comic-Con a major player in launching theatrical films. In its headline about the skirmish, the LA Weekly asked if there was a “gender war brewing” at the event.

Hardwicke was in town this year, to appear on a panel called Women Rocking Hollywood and plug her upcoming Quibi series with Don Cheadle. “‘Twilight’ was one of the first times fans blew the roof off of Comic-Con. The hall was filled with screaming fans,” she said. “But then you realize, these women are going to go out and buy tickets, spend money and support it. So we’ve got to pay attention to them.

“You cannot dwell on the no and the toxic negativity,” Hardwicke concluded. “Every door is being kicked open now.”

Meredith Woerner and Audrey Cleo Yap contributed to this report.