SXSW: From ‘Us’ to ‘Pet Sematary,’ 2019 Festival Offers Heavy-Hitting Slate 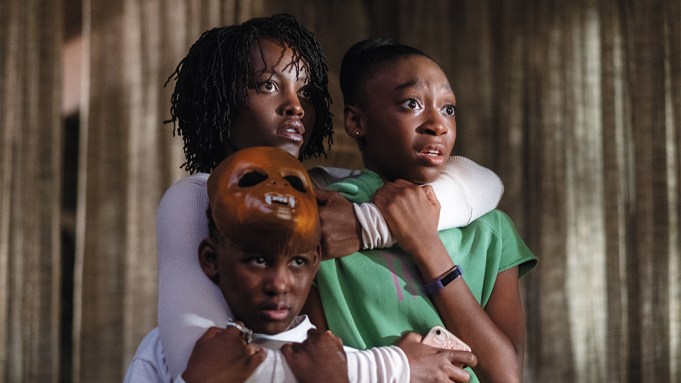 This year, the SXSW Film Festival’s selection committee sorted through 2,500 feature film submissions and 6,500 shorts to arrive at its program of 134 features and 110 shorts, which will unspool over nine days beginning March 8. For a festival that was initially seen as a younger sibling to the Austin conference’s music component, the film offerings are impressively deep, highlighted by world premieres that include Kevin Kolsch and Dennis Widmyer’s “Pet Sematary,” Olivia Wilde’s “Booksmart,” Harmony Korine’s “The Beach Bum,” John Lee Hancock’s “The Highwaymen” and Jordan Peele’s “Us.”

Yet ask festival director Janet Pierson about the imposing lineup, and she’s quick to note that the festival has actually slimmed down from previous years.

“It’s strange, because we’ve been trying for a while to kick it down,” she says. “At one point we had over 145 features, and we’ve been trying to get it on the under side of 130, just for reasons of line management, audience flow, and making sure each film gets its due.”

Perhaps it’s simply the surge in quality more than quantity. Pierson has endeavored to stretch the film’s biggest-ticket items out over the nine-day span, in order to avoid the press frontloading that often bedevils fests. Nonetheless, the most anticipated title in the lineup is arguably the opening night offering: Peele’s “Us,” a thriller starring Lupita Nyong’o and Winston Duke that follows up on the director’s 2017 cultural phenomenon “Get Out.”

“Like anyone else, we wanted it,” Pierson says of the film. “So it just became a matter of staying in touch with Universal and Jordan’s manager and expressing our extreme enthusiasm all year long. We had [Peele’s feature screenwriting debut] ‘Keanu’ here a couple years ago, but then ‘Get Out’ was obviously a watershed change, so the minute we heard about it we set our sights like, ‘Wouldn’t this be the dream?’”

2018’s edition was an unusual one for SXSW, taking place under a cloud of unease due to the series of deadly bombings that swept the city during the fest. But weeks down the line, the strength of the year’s lineup was revealed through the box office success of festival premieres “A Quiet Place” and “Blockers.” The major studios have long known about SXSW’s potential as a launchpad, particularly with comedies and genre films, though Pierson notes that there’s still plenty of push-pull when deciding which Hollywood product to spotlight.

“There have been times when people come to us with films they think are perfect for South By, but we don’t agree and don’t show them,” she says. “And I know the studios tend to think in shorter time frames in terms of how they want to expose work, not wanting it too far out from its theatrical release. But then we have examples where it’s worked out beautifully, like ‘Baby Driver’ or ‘Trainwreck,’ where there was a lot of space between our premiere and the release.”

Of course, the studio product on display is only a small part of SXSW’s lineup. Among the dominant themes Pierson notices throughout the fest’s competition lineups are politics (for example, David Modigliani’s “Running With Beto,” about Beto O’Rourke’s Senate campaign), career retrospectives (Elizabeth Carroll’s “Nothing Fancy: Diana Kennedy,” Jenna Ricker’s Janet Guthrie docu “Qualified”) and films about the creative process, such as Harrod Blank and Sjoerd Dijk’s “Why Can’t I Be Me? Around You.”

Pierson also notes that, while the narrative competition lineup is split 50/50 between male and female directors — with women helmers representing a majority of the documentary competition section and the entire global selection — programmers unintentionally managed to select an entire narrative competition of films with female protagonists. “We were definitely thinking about parity in terms of directors, but we hadn’t even noticed that these were all female-focused films, including the ones made by men.”

As usual for most any major festival, SXSW will present a good deal of TV content, including the last few episodes of “Broad City” and the premiere of Alexandra Rushfield’s Hulu series “Shrill.” Part of a long tradition with SXSW, the festival will also offer looks at works-in-progress, including Morgan Neville and Jeff Malmberg’s Rick Rubin docu “Shangri-La” and Michael Dowse’s Kumail Nanjiani-starrer “Stuber.”

Speaking of the fest’s knack for snagging early looks at works-in-progress, Pierson remembers getting a call from Seth Rogen in 2016 to discuss his in-process animated feature “Sausage Party,” in which he told her, “’We are SO not done, but you are the only festival that takes comedy seriously, and we’re rushing to have something for your audience.’ It was great to hear that from his perspective. And then it happened again with ‘The Disaster Artist,’ where we realized we could be useful to creators who are trying to finish their films while showing them. It’s been a very productive experience.”