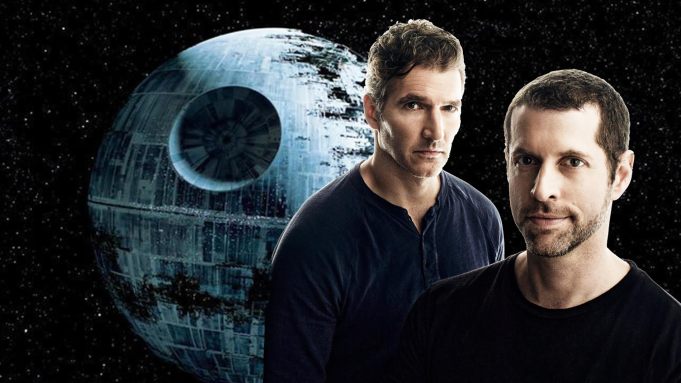 On Monday, “Game of Thrones” showrunners David Benioff and D.B. Weiss became the latest high-profile talents to part ways with the “Star Wars” universe before their movies hit theaters. They’re part of a revolving door of A-list directors who have found it impossible to realize their visions in a corporate culture that is said to invite little creative independence and argument. They join the ranks of Josh Trank, Colin Trevorrow, Phil Lord and Chris Miller in being summarily dismissed from the “Star Wars” productions they were intended to helm. In films of the size and scale of “Star Wars,” it’s not unheard of for productions to run into heated creative disagreements, but the high rate of turnover is raising eyebrows across Hollywood and among the rabid base of fans. It’s also inspiring questions about the management style of Kathleen Kennedy, the executive tasked with guiding Lucasfilm and with finding fresh ways to expand a galaxy far, far away.

“It’s like if you take a job as a ‘Star Wars’ director or creator you’re automatically thrown in the Sarlacc Pit and your chances of getting out and making that film are so unlikely you have to almost be a Jedi master,” says Jeff Bock, a box office analyst with Exhibitor Relations.

Even directors who retained credit for their work experienced issues. “Rogue One: A Star Wars Story” helmer Gareth Edwards was essentially replaced by screenwriter Tony Gilroy during extensive reshoots, although he was ultimately the one credited with directing the finished product.

When Kennedy and her team pitched these filmmakers on joining the “Star Wars” family, sources say they were promised some measure of creative control. However, multiple insiders said new ideas were commonly shot down as Kennedy and her team were only looking for people to stick to the company line. If disagreements about the direction of the film became too intense it usually led to the person leaving the project rather than an attempt to find common ground. The Lucasfilm brain trust would often turn to new writers such as Lord and Miller before ultimately retreating to old standbys such as Lawrence Kasdan, the “Empire Strikes Back” writer who is still seen as a key sounding board on the productions. Even if the lack of an appetite for creative risk isn’t to blame, there are questions about whether the abrupt departures of key talent points to a problem in how directors and writers are being vetted and hired.

Benioff and Weiss had ambitious plans to take the “Star Wars” universe in a new direction, one that would exist apart from the Skywalker family saga that comprised the franchise’s centerpiece nine-film series. The “Star Wars” period the pair was interested in exploring was how the Jedi came to exist. However, Lucasfilm executives and the creators begin to see their visions for the films diverge during meetings last summer. News that the pair had signed a massive $250 million production deal with Netflix was a signal to many that they were eager to explore other opportunities. It also brought pressures. When the pact was announced, Netflix said it was aware of the duo’s commitments, but insiders say they were also wary of waiting as much as four years for them to wrap up work on “Star Wars.” The streaming service wanted Benioff and Weiss to focus on creating exclusive movies and shows for them, particularly when they looked out at a streaming landscape that is growing ever more competitive with the launch of Disney Plus and HBO Max.

As relations with Benioff and Weiss curdled, the studio had begun taking general meetings with other writers on possible “Star Wars” pitches — it’s unclear if these were just sit-downs exploring other related productions in the franchise’s cinematic and streaming universe. The departure of the two likely sends the studio back to the drawing board with the future of the series more uncertain than it has been since Disney closed its $4 billion deal for Lucasfilm in 2012. This December brings J.J. Abrams’ “Star Wars: The Rise of Skywalker” and with it the end of that nine-film series. Abrams has been one of the few directors who has been able to successfully navigate the Lucasfilm landscape, but he has a mega-deal with WarnerMedia that will likely mean he won’t be making any more “Star Wars” films. Rian Johnson, who oversaw the more divisive “The Last Jedi,” was said to get along with Kennedy and has maintained that he had creative freedom, but fans balked at some of his decisions. He had been hired to oversee a separate trilogy of “Star Wars” films, which remains in development, though it’s unclear how far along work is on the production. On the streaming front, in November, Disney Plus will release “The Mandalorian,” a series about a mysterious bounty hunter that is getting some positive buzz, and the company is prepping a show centered on Ewan McGregor’s Obi-Wan Kenobi.

However, Disney was clearly stung by the box office failure of “Solo,” a Han Solo origin story that led to the high-profile firing of Lord and Miller. In a recent interview with The New York Times, Disney CEO Bob Iger said, “I just think that we might’ve put a little bit too much in the marketplace too fast.”

Sources at the studio insist that Kennedy’s job is secure despite the churn of filmmaking talent, but insiders at the talent agencies believe that top filmmakers may become wary of working on the series, particularly if the end result will be an embarrassing dismissal. “Star Wars” fans did receive some welcome news when it was revealed the Kevin Feige, the executive credited with guiding the Marvel Cinematic Universe, will work on a standalone “Star Wars” film. That led to speculation that Feige might be brought in to stabilize Lucasfilm, but insiders say that there are no plans to give him a larger role in that division.

Ultimately, analysts say, that the Star Wars brand is potent enough to withstand all the behind-the-scenes drama. With the exception of “Solo,” the movies haven’t just been hits, they’ve been box office juggernauts with few equals.

“I’m sure there are fans of Benioff and Weiss who would have loved to see them do something with the Star Wars world,” said Eric Handler, an analyst with MKM Partners. “But are they going to boycott all Star Wars movies because of it? Probably not. It’s a lost opportunity, but there are other people down the road who will come into the brand and do something new and exciting.”

A spokesman for Disney declined to comment, as did a spokesperson for Benioff and Weiss.