John Boyega: ‘Star Wars’ Fandom Conflict Is ‘The Most Stupid Thing in the World’ 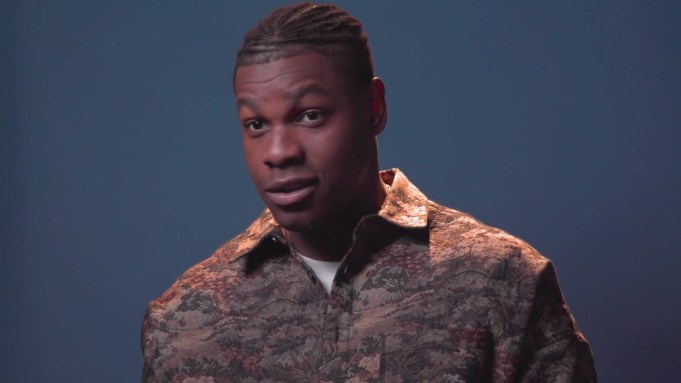 It’s meant that Boyega — who first launched his career with the 2011 sci-fi action comedy “Attack the Block” — has been able to connect with “Star Wars” mega-fans while understanding what it was like to be one well before he was cast in 2015’s “Star Wars: The Force Awakens.” He spoke with Variety about that experience, handling the darker side of fandom and how “The Rise of Skywalker” could illuminate Finn’s story.

In “The Rise of Skywalker,” we’re getting more of a backstory on where Finn came from, and what he’s about. That touches on a question that I’ve been interested in, which is, why would somebody sign up to join the Dark Side or join the First Order or the Empire? What’s the advantage?
He didn’t have any choice. With his history, he didn’t have a choice. He was taken when he was really, really young. Obviously, at the time, from the ashes [of the Empire] the First Order was rising, and they needed people by force. That’s how you have a fresh new slate of Stormtroopers who are individuals now. And that’s the history of it. And Finn was obviously caught up in that. But there’s more to that history to be explored. And that’s something that I’m really, really excited to see.

Do you have a sense of why somebody would want to be part of the Empire or the First Order?
Yeah, I was thinking about it and, not to get all serious and that, but I was interested to know what George Lucas’ version was for his style of conflict. For some reason, the people that are fighting for good are living in the mountains somewhere, they don’t have the best machinery, they don’t have the best technology. They’re not in a stable world in which they get to move freely. They’re isolated a lot and they fight for their cause on a day-to-day basis. And then the evil side is big, corporate, clean. [Gives knowing look, laughs] That made me go, huh.

So now that you’ve acted in three of the biggest movies ever, how’s that affected the way that you see the world?
Before [I made them] — and it’s weird and corny to say — but I was normal. You’re looking at people that operate in this space, and you think you know everything that’s going on in their lives. Or even as a fan, in terms of the projects, you think you understand, just based on whatever the media feeds you. Just living in that life, I’ve kind of lived two extremes now from just being normal and then going to “Star Wars.” I understand perspective now. And you understand that the world doesn’t give enough perspective.

What perspective did you get?
“Star Wars” is a unique experience for the individuals that star in it, especially if you play a character that’s at the forefront of this experience. And I think that automatically, you represent something in someone’s psyche, in someone’s life, their childhood, you represent that. So there’s an existence that people understand of you — you probably didn’t see yourself like that, because you’re yourself, you’ve been living your whole life. So that whole transition is is interesting to me. And then I think about this the first “Star Wars” franchise in the era of social media. You’ve never had another trilogy at the height of social media like this and so me that’s also interesting. It’s making a different experience.

There’s a sort of double edged sword there. You can get really great engagement. But then there’s what happened with Kelly [Marie Tran] about the small subset people who are very vocal and very negative, and having to navigate that.
Being in this position, you just understand the masses, how the masses think, you know. Through social media, we get to engage, we get to have fun. But at the same time, for those who are not mentally strong, you are weak to believe in every single thing that you read. That’s, you know, it is what it is. I don’t know, for me anyway, when I see that [backlash], I’m like, well, that’s actually not true. But no, it is actually not true. So it’s kind of like [shrugs] it is what it is. But to engage, to connect with the fans who otherwise wouldn’t get a day to day experience, especially during things like the press tour, and behind the scenes stuff, is always good.

[Editor’s note: Boyega later issued a statement on Twitter clarifying his comments: “In no way was I referring to Kelly when I made my comments although the interviewer mentioned her given the topic. I was really speaking from my own perspective throughout this franchise,” he wrote on Twitter. “Sometimes I’ve felt strong and sometimes I’ve felt weak. Badly worded though. I apologize.”]

One thing that did explode on social media was when fans latched on to the idea of Finn and Poe as a couple, with shipping hashtags like #FinnPoe and #Stormpilot. What it’s been like navigating that fan expectation?
Yeah, there’s like Reylos, for Rey and Kylo Ren. Navigating that for me has been interesting, because I love all of “Star Wars.” And I think that “Star Wars” should be a hub for imagination and it should be an opportunity for you to be able to expand on the characters how you see fit. What I don’t like is the conflict between ‘ships. I think it’s the most stupid thing in the world. This is “Star Wars.” It’s a big universe. Someone can be a Reylo and then you know, someone can like the fact that you know, Finn and Poe are together. Someone can like, you know, Poe and Rey together, whoever. It’s “Star Wars,” you know? Let’s all have fun! The conflict is when I’m like, all right, “Let’s all calm down.” [laughs] This is “Star Wars,” not “Tribal Wars”!