‘It: Chapter Two’ Screenwriter Reveals What Changed From Novel to Screen (and Why) 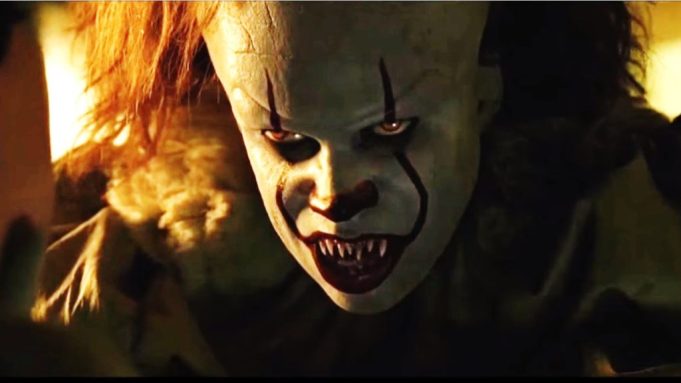 The work of Stephen King has a long history of making its way to the big screen with wildly different results. Some land Academy Awards (“Misery”) or become classics (“The Shawshank Redemption”) while others disappear into the film ether (“The Mangler,” “Sleepwalkers,” “Thinner,” “Hearts in Atlantis,” “Graveyard Shift” … you get the idea.) But when great material merges with a wonderful adaptation, the result can be a $91 million dollar opening weekend, as was the case with “It: Chapter Two.”

Every adaptation comes with its challenges and even with two movies, you can’t fit all of King’s 1,138 pages onto the big screen. Screenwriter Gary Dauberman, who co-wrote the first chapter and also penned all the of “Annabelle” films, was faced with a dream job that could have become a nightmare: how to update the characters of King’s lovable “Losers Club” for the big screen. We spoke to him about the differences between book and movie, and the things that got lost along the way.

Stephen King novels have been adapted with varying degrees of success. Why do you think yours worked so well?
The ones that don’t work are the ones that usually take a bigger departure from the source material. I try to keep the book as the North Star and write towards that. My approach was always: I love the books; let’s go back to the basics. Which can be difficult when it’s a long book and you can’t do everything. You try to do as much as you can.

The book hints at Richie’s sexuality, but the movie addresses it. Did you know when you were writing Part One this would play out in Part Two?
There’s no doubt about it, for sure. It was something [director] Andy Muschietti and [producer] Barbara Muschietti and I discussed and felt strongly about. I’m not sure about the timeline, whether it was before the movie or in production on the first movie, but it wasn’t a late inspiration. It was discussed early on; I just don’t remember how early.

Another change to the story is the jobs the Losers have when they grow up. Sometimes it’s smaller things, like Richie becomes a radio DJ in the book; in the film he’s a stand-up comedian. But Eddie went from owning a limousine company to a risk-management analyst.
That was an Andy thing, too and a stroke of genius. It felt like a natural progression of the character. He’s a hypochondriac and always questioning the risks in every situation, so it played out beautifully.

The book had major subplots involving Beverly’s abusive husband Tom kidnapping Bill’s wife Audra. But in the film, we only glimpse the spouses at the start.
It was just one of those things where it’s so great in the novel, but you have some concern that you can’t fit everything. While you go in with the best intentions of trying to include everything, it’s just not possible. There were drafts with Tom. But you just want to get back to the mission and the kids. Same thing with Audra, we wanted to keep the focus on our core group we’ve known from the first movie. It felt right. We also didn’t want to take away from Henry – we wanted him to be as much of a threat as possible. You start spreading it around and it kind of dilutes the evil of Henry.

Speaking of Henry, there’s a joke about his mullet that comes after a tense moment. The movie is full of those releases and really funny.
You need that laughter. I think the first one is really funny too. This cast is full of remarkably funny people, so it almost can’t be funny when you have people like Bill Hader. I think those jokes are true to the spirit of the first one we wanted to capture and carry it over to this film.

There’s a moment where Richie mimics Pennywise dancing, a very meme-able moment from the first film. Did you write that?
Those are things I wish I could take credit for. That was totally Hader. What a gift. I was writing drafts where you know it’s going to be Hader and you’re like, “How am I going to out-funny this guy?” It’s nice knowing someone is going to take it and run with it. That was a thrill for me to see what the cast could do with ideas.

What was the hardest scene to crack as a writer?
You have so many characters and you want to give them all their due. That was a challenge. And you have to let some others go so you can focus on the core group. There’s also the scene in the film where the Losers all split up to find their tokens and flashback to important memories from their youth. In the book, it’s really them going off and wandering around Derry and having these memories. It’s very internal so in order to show that in a cinematic and visual way, we gave them the drive of searching for these tokens. We needed some representation of how they remembered and are connected to their youth. It’s a remarkable cast and you want them on screen as much as possible.

Is any part of you surprised that the studio was okay with a nearly three-hour runtime?
It wasn’t up to me, but I’m not surprised. Warner Bros. and New Line across the board have been so encouraging of these movies and so supportive. They understood this movie demanded the length of time in order to tell it the right way. And these days, the length is not unheard of. It’s so entertaining, I don’t think you care. And sometimes a 90-minute film can feel like four hours.

Is there anything you couldn’t fit into the final draft that you miss?
I don’t think so. (Long pause.) I guess the fact that I have to think about it is the answer!