Fox Feels the Pressure From Disney as Film Flops Mount 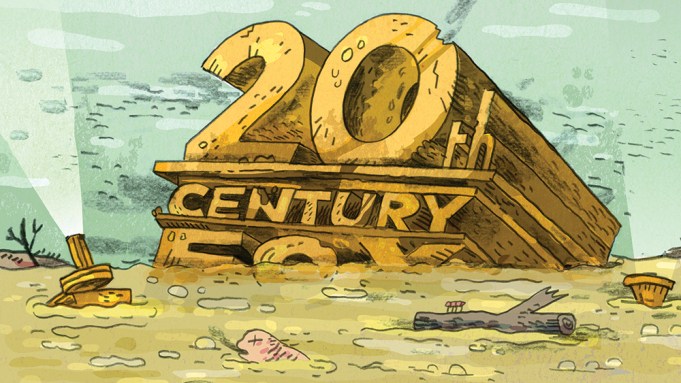 Twentieth Century Fox received its first-quarter grades from the Walt Disney Co. last week, and in a public rebuke, the studio’s new corporate parent made it plain that it viewed the first few months as an ominous sign of trouble ahead.

In a sharp reprimand that left staffers at Fox reeling and worried about their already fragile job security, Disney chief executive Bob Iger declared on the company’s Aug. 6 quarterly earnings call that “the Fox studio performance … was well below where it had been and well below where we hoped it would be when we made the acquisition.” Iger’s tone was measured, but his message was clear: Shape up.

“I’ve never seen a public hanging like that,” remarks one prominent Hollywood producer.

Iger was giving voice to simmering frustrations on the part of many Disney insiders. Several people close to the matter say Walt Disney Studios chief creative officer and co-chairman Alan Horn and co-chairman Alan Bergman have been troubled by the poor box office returns and the viability of numerous projects in various stages of development.

Of the first few Fox films that Disney was tasked with distributing this year, only one, “Breakthrough,” released in April, was profitable. The faith-based movie grossed $50 million worldwide on a $14 million budget and was produced by DeVon Franklin — whose overall production deal at Fox dissolved in the merger.

The other Fox movies that Disney released — “X-Men: Dark Phoenix,” the action comedy “Stuber” and “The Art of Racing in the Rain,” which opened this past weekend to just $8.1 million — were flops. Those offerings had the added misfortune of arriving just as Disney was shattering records with blockbusters such as “Avengers: Endgame,” “Aladdin” and “The Lion King.”

Running a company that is seemingly allergic to failure, Iger and chief financial officer Christine McCarthy had to break the news to investors that Disney’s per-share stock price and revenue projections were off. Disney brass pinned much of the failure on Fox’s film division, though a close examination of the company’s quarterly report also revealed that lighter-than-anticipated attendance at Disney’s theme parks was also a drag on earnings.

Still, the Fox numbers were dismal. “Dark Phoenix” was a franchise-chilling failure that contributed to a $170 million write-down, and Fox is mired in seventh place in U.S. market share, behind all its studio rivals.

“If Disney hadn’t bought Fox and they were just going along with business as usual, there’d still be layoffs and there’d be a For Sale sign on the lot,” says Jeff Bock, box office analyst with Exhibitor Relations. “There’s no way they’d have been able to survive in this climate.”

In a blow to Fox vice chairman Emma Watts, who was tapped to run production at the studio, Iger told analysts that top lieutenants Horn and Bergman would be tasked with “redefining 20th Century Fox’s film strategy for the future, applying the same discipline and creative standards behind the success of Disney, Pixar, Marvel and Lucasfilm.”

Looking for quick fixes, Disney has subsequently shuttered much of Fox film’s development slate, intends to shrink its theatrical output and has ordered reboots of beloved Fox library titles for its direct-to-consumer platform, Disney Plus. Rival studio executives estimate that Disney essentially torched at least $50 million worth of development. Watts has weathered the transition as the sole senior leader. Fox Film CEO Stacey Snider left in the first round of layoffs at the studio, and Fox 2000 head Elizabeth Gabler announced a move to Sony Pictures last month.

To be fair, Disney got more than just Fox’s film studio in its $71.3 billion purchase of much of 21st Century Fox’s entertainment assets. The company also bought Nat Geo, FX, and several other television properties such as The Simpsons — all are valuable brands that will help it as it tries to move aggressively into the streaming space. But the performance of the film division has been a source of concern and annoyance.

Fox has several completed films set to be released by Disney through 2020, including “X-Men” installment “New Mutants” and an astronaut drama with Brad Pitt titled “Ad Astra.” Many original scripts and optioned properties have been “paused” from going into production, one studio insider says. Disney is prioritizing making more broadly commercial projects, which includes ongoing work on sequels to James Cameron’s “Avatar” and starry safe bets like the on-screen reunion of Matt Damon and Ben Affleck in the drama “The Last Duel.”

Finished films looking for studio support are struggling, insiders say. Disney largely ignored “Dark Phoenix” after it acquired 20th Century in March, according to sources. The marketing team familiar with the film was laid off, and Disney did not spend as aggressively to promote the release. One insider says that the film’s lone premiere in Los Angeles was done with an eye to controlling cost — a bit of economizing that annoyed the film’s creative team. Other filmmakers seeking reshoots for their projects have been asked to submit rigorous storyboards to justify the additional expenses, another knowledgeable insider says.

Disney is optimistic that handing Fox superhero properties such as “Fantastic Four” and “X-Men” to Marvel Studios president Kevin Feige will improve the quality of these movies, but bumps must be smoothed over in that transition. The studio is unimpressed with “New Mutants,” an “X-Men” spinoff with a haunted-house vibe, and believes it has limited box office potential.

The studio is also grappling with how to fit the very R-rated Deadpool into its PG-13-rated Marvel Cinematic Universe.

The goal is to find a way for the character to move seamlessly between “Avengers” spinoffs and bloody, profane stand-alone adventures.

Fox’s footprint in comic book, family and animation fare is disappearing from the theatrical marketplace and moving onto Disney Plus, set to launch in November. Iger told investors that “reimaginings” of Fox library titles like “Home Alone,” “Night at the Museum,” “Cheaper by the Dozen” and “Diary of a Wimpy Kid” are all being ordered for the digital platform. Fox Family chief Vanessa Morrison is overseeing these projects. While Iger touted a new installment of “Planet of the Apes” on last week’s call with analysts, little progress has been made on sequels to the sci-fi series.

Gone are original films such as a slate of titles from British animator Locksmith. The company’s completed movie “Ron’s Gone Wrong,” about a fleet of robots designed to be every child’s best friend, will be released by Disney in November 2020 — but three slated projects, including a film about misbehaving fairies (pitched as naughty Tinkerbells) have been given back to their creators. A live-action version of the female-centered comic “Lumberjanes,” from animator Noelle Stevenson, has also been canceled. TV kingpin Greg Berlanti will no longer direct the Jackie Kennedy drama “The Editor,” but is still attached to produce it along with the movie musical “Be More Chill.”

The belt-tightening has put Watts’ future at Disney in question in recent weeks, though two insiders close to the company say she now has a contract in place to remain the shepherd of the Fox label for the next two years. Her priorities will be “Avatar” and delivering Steven Spielberg’s reboot of “West Side Story,” a $100 million musical that is set in the 1950s and will retain the Broadway show’s original music. The script for the film, by Tony Kushner, examines the demonization of immigrants in a way that draws parallels to President Trump’s xenophoic rhetoric.

The only bright spot for the film operation would seem to be Fox Searchlight, the long-operating darling of the indie film world, which will test Disney’s patience with the wacky Hitler drama “Jojo Rabbit,” from “Thor: Ragnarok” director Taika Waititi, this fall. The movie is expected to be a major awards contender.

The scathing takedown of Nazism may, however, prove a little too edgy for Disney brass accustomed to producing movies suitable for parents and kids. Searchlight has started to screen the film for its new parent company. Halfway through one recent viewing one executive grew audibly uncomfortable, worrying aloud that the material would alienate Disney fans. His unease may have been over the film’s cutting-edge satire, but it was also an expression of the culture clash taking place as the two studios embark on their new union.