Female Directors Gain Their Voice in Mexico and Beyond 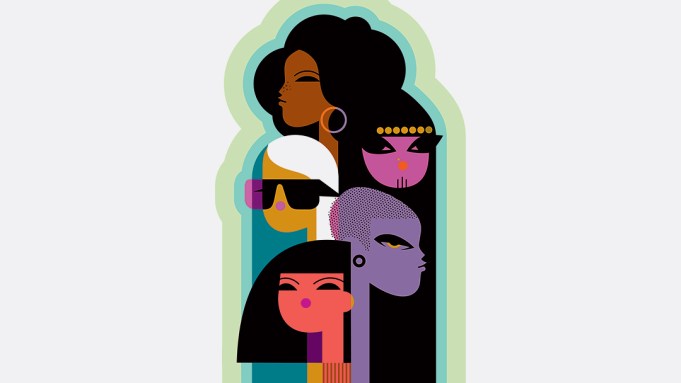 Mexico’s famed “Tres Amigos” have made a name for themselves in Hollywood and beyond, directing their way to a bevy of Oscars. Less well known: the emerging wave of female auteurs from Mexico.

The directors range from Patricia Riggen and Issa Lopez, both busy with Hollywood projects and gaining their own international recognition, to women from indigenous communities, such as María Sojob, a Tzotzil native, and Elizabeth Piña, of Otomí Hñätho descent. The latter two are making their first documentaries. Also part of this wave: Tatiana Huezo and Variety director to watch Alejandra Marquez Abella.

According to the latest findings from Imcine, women from Mexico directed 42 films in 2017, the highest tally since they were first tracked in 2007. Of these, 42% were documentaries and 58% fiction, an increase of 34% and 30%, respectively, compared to the previous year. Women participated as directors, scriptwriters or producers in 52% of the year’s productions.

Novaro, now 67, is also heartened by the growing number of female cinematographers in Mexico today. When she tried directing her first features in the late ’80s, she went up against powerful male-dominated unions that imposed a draconian set of rules for women that obliged her to work with all-male crews and banned female lensers. To skirt these rules, she formed a cooperative and hired a mostly female crew.

But that didn’t protect her from blowback. Novaro alleges that people affiliated with the union damaged “Danzon” during production. “They punished me by deliberately destroying a week’s footage of ‘Danzon’ at the lab with sand,” she recalls nearly three decades later, pointing out that there weren’t many other female directors working in Mexico back then.

Riggen and Lopez are leading the pack of today’s female auteurs from Mexico, busting cultural biases to direct traditionally male dominant genres of action, fantasy or horror. Riggen began directing in earnest after moving to the U.S. and is now one of the handful of women of color to break into the so-called boys’ club of network pilots. She recently directed three episodes of Amazon Prime’s high-octane thriller series “Tom Clancy’s Jack Ryan” and three pilots: supernatural thriller “Run for Your Life” for Blumhouse TV, CBS’ Matt Reeves-executive produced suspense thriller “Surveillance” and Fox’s legal drama “Proven Innocent.”

In the latter two pilots, her DP husband, Checco Varese (“It: Chapter Two”), served as the cinematographer, as he has in many of her films, led by “The 33,” the fact-based Chilean miner drama starring Antonio Banderas; faith-based “Miracles From Heaven”; coming-of-age drama “Girl in Progress”; and her Sundance breakout, “Under the Same Moon.”

“As a female director it’s sometimes very hard to find people who believe in you and so it’s been great that I have at least one crew position I don’t have to worry about that much,” Riggen says.

She is next going to direct vfx-heavy fantasy movie “The School for Good and Evil,” based on the eponymous book series about school children training to be fairy tale characters, with Joe Roth producing. Varese is also attached as a DP to the project.

Mexico City-based Lopez started out as a writer of hit comedies skewed toward teens and women.

“It was easier to evolve as a writer or even a producer in chauvinist Mexico,” she notes. It was only after she wrote and shot her own eight-minute short to prove she could direct, that she helmed her first feature, “Side Effects” (Efectos Secundarios). Her next challenge was to break out of rom-coms, which she did with genre film, “Tigers Are Not Afraid.”

Stephen King and Guillermo del Toro took notice, with the latter expressing his desire to produce her next film. She is now working on the first draft of the supernatural period film he will produce.

“He’s a man of his word; he’s such a wonderful mentor on both the creative and business side of filmmaking,” she says.

Meanwhile, Lopez has been attached to write and direct two English-language movies of which she’s on either her second or third draft: “Three Sundays,” a drama set in the Banda music scene of New York City’s borough of Queens, with Paramount Players, and a still-untitled supernatural revenge thriller for Legendary with J.H. Wyman (“Fringe”) and Sherry Marsh (“Vikings”) attached to produce.

“I wanted to get my hands on a sizable project with big special effects to prepare for the Legendary project,” she says.

Huezo, whose evocative documentary “Tempest” (Tempestad) represented Mexico in the foreign-language film category of the Academy Awards last year, says: “I don’t approach a story thinking that I am a woman and I certainly don’t make films so that they are only seen by women; I have never thought about cinema in this way.”

She found that getting into cinematography, which she studied at film school in the early 2000s, was even more riddled with obstacles.

“I never imagined that because I was a woman, I was getting into a territory where you had to fight tooth and nail to make room for yourself,” she says. “They told me that the cameras were too heavy for a woman to carry, that it was a man’s profession and that I would never find work in that area.”

She adds that there was only one female cinematographer recognized in Mexico then, Celiana Cárdenas.

Similar to Riggen, Huezo’s life partner, Ernesto Pardo, has been her DP for most of her career. Pardo won the Cameraimage Golden Frog for his work in “Tempest.” However, for the first time, she’ll be working with a female DP, Dariela Ludlow, for “Night of Fire” so that Pardo can mind their daughter during the long shoot.

“It’s hard to find good camera operators who are also excellent DPs; Ludlow’s one of them,” says Huezo, who notes that the environment for female cinematographers in Mexico has not greatly improved to this day.

“I have not made a conscious decision to work with women, but I find them hard working, focused and committed,” says Celis, who has produced works by Elisa Miller, Marta Ferrer and Betzabe Garcia, among others. “But I don’t choose by gender but by the quality of their work.” Even his staff at Pimienta Films are mostly women.

Nurtured at the Sundance Lab in Morelia and awarded a Sundance Open Border Fellowship grant last year, “Night of Fire” is set in an isolated mountain village where three young girls wear their hair short in order to pass as boys and have an underground hiding place in the face of growing violence.

“It’s been a happy coincidence that we’ve worked with many female directors, but it’s all about finding the right person for the project although some projects do call for the sensibility of a female director,” says Rodrigo Gonzalez of Mr. Woo Films, which has backed “Niñas Bien,” the second film from Marquez Abella. It has also produced two films by Natalia Beristain and is developing Miller’s upcoming “Hurricane Season” (Temporada de Huracanes).

Earlier in her career, Marquez Abella struggled to be taken seriously as a director. “[Crews] wouldn’t believe I was the director and would point me towards costume design, but now the crew appreciate my quiet style,” she says. “My personal mission is to bring the feminine experience to the fore; we are half of the planet’s population after all!”

She’s now writing “La Triste,” based on her paternal grandmother’s experience immigrating to Chicago. Talks with investors are under way.
Riggen credits the Tres Amigos — Alfonso Cuaron, Guillermo del Toro and Alejandro Gonzalez Inarritu — for opening up the market for Mexican filmmakers.

By making films about themes ranging from fantasy, survival, and science fiction to multi-narrative dramas, they changed Hollywood’s perception about Mexican filmmakers.

“Being a Mexican in Hollywood is no longer a stigma, the problem is being a woman,” says Riggen.

Statistics on the paucity of female directors bear out this truth, although not so much in television, she points out. “Hopefully, by keeping the conversation going, we’ll see a change.”

Marquez Abella agrees: “The Tres Amigos are very inspiring; now we need an amiga to win.”

Lila Aviles: With her award-winning directorial feature debut, “The Chambermaid,” the actress-producer-theater director has captivated critics and audiences alike from Toronto to San Sebastian fests, marking her as a director to watch.

Marta Ferrer: Informed by her degrees in cinematography and docu-filmmaking from Spain and Mexico, Ferrer explores rural Mexico in her lauded docus “El Varal” and “To Die in the Desert.”

Betzabe Garcia: After her breakout docu “Kings of Nowhere,” Garcia is now turning her lens on her gay roommate, the famous YouTuber “#Micky,” in an uber-stylized documentary.

Elisa Miller: From the time her short “Watching It Rain” won a Cannes’ Palme D’Or in 2007, Miller has become a notable writer-director-producer to watch. Mr. Woo Films produces her next film, “Hurricane Season.”