‘Bumblebee’ Screenwriter Hints About ‘Birds of Prey,’ ‘Batgirl’ and Why She Writes About Female Superheroes

[SPOILER ALERT: The following interview contains some details about the end of “Transformers” prequel “Bumblebee.”]

Christina Hodson could be one of the busiest young screenwriters in Hollywood.

Her “Transformers” prequel “Bumblebee” has generated $157 million at the global box office during a crowded holiday frame. After fears of franchise fatigue for a saga that seemed to be running on fumes, the autobot origin story signaled a return to form, earning the best reviews yet.

With upcoming films on her docket, including the highly anticipated “Suicide Squad” follow-up “Birds of Prey (And the Fantabulous Emancipation of One Harley Quinn),” and “Batgirl,” which DC has kept very hush-hush, Hodson is shaping up to become a leading voice for women in action/superhero films.

“I think there are so many great actresses out there looking for these strong, meaty roles,” she told Variety. “Particularly in this moment, in our climate right now, we need women like that to look to, to inspire us to push and do bold things.”

In a recent interview with Variety, Hodson addresses her upcoming projects, what she loves about writing female protagonists, and confirms her interest in a “Bumblebee” sequel.

For “Bumblebee,” how did the idea for this story of a girl and her car first come to you?

In 2007, when Spielberg was doing the press tour for the first [Transformers] movie, I remember him saying that for him, Transformers was this very simple, very timeless notion of a boy and his car. I always thought that makes so much sense. I have very fond memories of when I was 12 and I got in my dad’s old BMW. I was washing it, and I remember turning the key in the ignition for the first time, and I wasn’t really meant to. You know that magical feeling when you’re a small person and you turn the key of this big hunk of metal? It just felt like the most magical, forgive me, but transformative thing. And I’ve always just loved the idea of taking that to the next level. Pretty early on, I knew I wanted to tell the story of two broken people who are healing each other. So the broken girl and the broken car kind of felt like a romantic notion.

A Transformers film with a female lead and a female screenwriter is a first. Do you hope Charlie’s [Hailee Steinfeld] character will show young girls that they can participate in previously male-dominated genres?

I hope so, I really do. I grew up obsessed with mechanics. I very almost became an engineer. In England, we do A Levels, when you pick three subjects you want to [pursue]. So I did physics, maths, and English, [which] was my token thing that I threw in there. Obviously it worked out well and it ended up being what I did for the rest of my life, but I was always much more mechanically minded. I loved building things and making things. I never particularly called myself a “tomboy.” I never loved the idea of labels. I think there’s such a cultural desire to put labels on things. Growing up, there always used to be a boys’ toys aisle and a girls’ toys aisle. And I just think it’s nonsense. So I kind of love the idea of just blurring the lines and letting there be a girl who likes cars and mechanical things and who is good at it.

What message did you want to send with the decision to not have Charlie and Memo kiss at the end?

We went back and forth. [Director] Travis [Knight] always didn’t want them kissing. We always knew it wasn’t about Charlie and Memo; it was about Bumblebee and Charlie. So at the very most, we only ever wanted it to be a small thing. If you ended it with a kiss, it then becomes their love story. And the love story here really is Bumblebee and Charlie. The actor who played Memo, Jorge Lendeborg Jr., really is so winning and so charming that I think he really pulls off that beat at the end. There are a lot of other actors who in that moment you would have felt like they got emasculated or slapped down, whereas he does it in such a charming, lovable way. I was really happy with how it came out in the end.

Has there been any talk about a “Bumblebee” sequel? Do you have any ideas for one?

I do. I know exactly what I wanna do with one. I don’t know if we’re gonna do it — we’ve got to see if audiences go and see this movie. But I know where I want to go with the next one.

What tropes were you ready to do away with from the old “Transformers” films, and what staples were you excited to embrace?

Honestly, the real answer is I wasn’t thinking about the other movies a whole lot. By setting them in the ‘80s, I was able to liberate myself from that continuity and what happened in those movies. I wanted to free myself and, as much as possible, make it feel like an original and its own free-standing thing. The one thing I was keeping in mind — I think we all were very cognizant of the fact that, for Travis and I both, the main thing that we loved was this kind of Spielbergian smaller story about a girl and her car who happens to be a robot. We were aware that you can’t also forget fanbase, and you have to keep them in the action and the spectacle, and I think Travis did an incredible job on that. Those opening five minutes of Cybertron, he did such an amazing job with. He made them big and massively fantastic, and they really satisfy some of the Transformers fans who have been dying to see Cybertron for years.

What does the subtitle of your upcoming Harley Quinn film, “Birds of Prey (And the Fantabulous Emancipation of One Harley Quinn),” mean in regards to its themes and ideas? 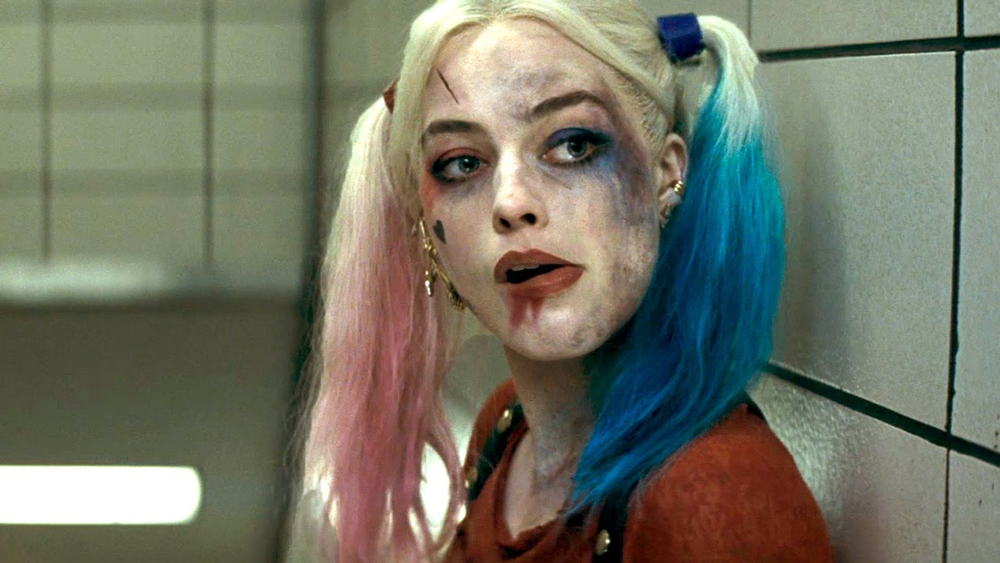 What kind of response has the title been getting online?

Super mixed, but honestly I don’t have any social media, so I see very little of this stuff. Some people love it, some people think we’re nuts. People will just have to wait and see. I think it’s always hard when you’re doing something bold like that to do it without any context. There’s no marketing yet, we haven’t even started shooting. But all things will start to make sense as we get closer and closer to [premiere date] Feb. 7, 2020.

Will fans be able to accept an emancipated Harley Quinn?

I do. I think she really has [been accepted] in the comics already, but I think absolutely people are ready for that. She is such a cool, bold, fun, great character. She doesn’t have to be in anyone’s shadow. So I’m excited to see Harley stand on her own and be her own thing. She is the character, in all of my writing, that I’ve most enjoyed. I’m excited to bring her into the world a second time. She’s so full of contradictions, she’s so intelligent, but also so crazy. She’s just the most fun to write. You never know what you’re gonna get when you sit down.

How does writing “Batgirl” compare to Harley and Charlie?

I’m in the middle of falling in love with her. I always feel differently at the beginning, middle, and end. Charlie feels like an old friend now, because that was a while ago and because she is so personally inspired. Harley just feels like my crazy alter ego. When I’m feeling nuts, that’s what Harley is. And Batgirl…honestly it’s funny, there’s a little piece of me in every character I write. They start with me, and then they take on a life of their own. She’s been through so many iterations. There’s certain characteristics of hers that are always there that I’m excited to develop further. Whenever I’m writing a character who’s based on someone who’s existed in a previous form, whether it’s comics or a movie or anything, I always hope to bring something new to them and bring them to life in their own way, even if they fairly iconic like Harley Quinn or Batgirl. I think fans want the original, to be honest, but they also want to see something they haven’t seen before.

Did you always want to write women protagonists like Batgirl, Charlie, and Harley?

Yes and no. I just like writing interesting characters and I love writing women because I know them better, and I think there are so many great actresses out there looking for these strong, meaty roles. I’ve just started producing, and one of the first things I’m working on is the story of Barbara Hillary. She’s now 87-years-old, but when she was 75, she survived cancer twice. She was a retired nurse from Harlem, and she found out that no African-American women had ever been to the North Pole. And she was like, “You know what? I’m gonna do that.” She’d never skied, she didn’t have any of the money, she raised every penny for the funding of the expedition herself. She learned how to ski in like a week, then became the first African-American women to go to the North Pole at 75. Then at 79, she became the first African-American woman to go to the South Pole. And now at 87, she’s gearing up for her next expedition to go to Mongolia. That resilience, that strength of will, that kind of defying of all odds, that to me is what makes a superhero.

The through-line of all of my work is always a character, and yes it does tend to always be a woman, but only because there are so many good ones. I’ve just commissioned her memoir, so I have a writer working with her on her book. We’re trying to put together a documentary of this expedition that she’s going on in February, and then long-term, I think there’s probably a scripted TV show and a feature of her younger years, because she’s lived a wild life. Then I think separately, there will be a feature about her expedition and what she did in her later years that’s so inspirational. There’s just so much to her life and her story and what she’s done, and I think particularly in this moment, in our climate right now, we need women like that to look to, to inspire us to push and do bold things.