In Their Freewheeling Movie Love, the Golden Globes Have Become an Agenda Setter (Column) 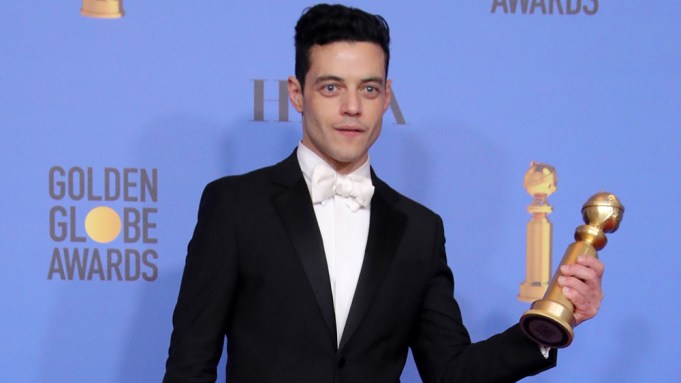 Seven weeks from now, could “Bohemian Rhapsody” win the Academy Award for best picture? You might say: It doesn’t have a snowball’s chance in hell. Or you might say: Okay, now that I’m thinking about it, maybe it has a tiny chance in hell. But what my gut tells me is that “Bohemian Rhapsody,” today, has a much better chance to win the Oscar than it did 48 hours ago — in other words, before the Golden Globes provided it with a fuel injection of credibility by giving it the award for best motion picture drama.

Over the years, the Golden Globes, an awards ceremony driven by a small and famously idiosyncratic voting body, have been known to choose some winners that are a bit off-kilter. You could argue that “Bohemian Rhapsody” beating out the much more acclaimed “A Star Is Born,” which was universally expected to win, was another of those quirk-brained out-of-the-box-of-good-taste Hollywood Foreign Press Association choices.

Except that a fundamental fact about “Bohemian Rhapsody” is that it’s an insanely beloved populist smash. A lot of critics, like myself, found it lacking, but audiences adored it. It’s not just that they went in droves, but that “Bohemian Rhapsody” delivered something, especially in its Live Aid concert climax, that a great many viewers craved. Coming just moments after Rami Malek won best actor in a motion picture drama for his performance as Freddie Mercury, the film’s best picture win at the Globes felt like an affirmation of its status as a phenomenon. And that’s something that members of the Motion Picture Academy could conceivably listen to. The key message of last night may well have been: “It’s okay! You can vote for ‘Bohemian Rhapsody’ and not hate yourself in the morning!” (You can also deal with the Bryan Singer issue simply by ignoring him.)

An awards paradox now surrounds “Bohemian Rhapsody.” The movie has been criticized, both by reviewers like myself and by members of the LGBTQ community, on two fronts: for being an exuberant but overly cheesy, paint-by-numbers, not-psychological-enough cliché rock biopic, and for being a movie that soft-pedals Freddie Mercury’s identity as a gay man, not so much denying it as skittering around what it meant in his soul, and in his experience. (I actually think that the biggest problem with “Bohemian Rhapsody” as a movie is that its nervousness about Mercury’s sexuality never allows it to fully discover what made him such a revolutionary rock singer.)

The Golden Globes may have helped to “legitimize” the film in the face of those criticisms. But now that it’s even more on the awards map, the other dynamic to consider is that the subtle repression of sexual truth in “Bohemian Rhapsody” could actually help the film with a certain far from inconsiderable segment of Oscar voters: those who voted for “Crash” over “Brokeback Mountain.” I have always felt that that choice wasn’t just an expression of excruciatingly bad taste (though on that score, it’s the looniest best picture winner ever), but a case of veiled homophobia: There were voters — too many — who were uncomfortable with the idea of “Brokeback Mountain” winning. “Bohemian Rhapsody” could turn out to be the perfect conventional Middle American “gay movie” for them.

Whatever happens seven weeks from now, the Globes, last night, registered as strongly as they ever have as an agenda-setter, a kind of casual dry run for the Academy Awards that, in more categories than not (indeed, in nearly every one of them), had the effect of asking: What would it feel like on Oscar night if this happened?

In that light, the Globes sent out several key messages — like, for instance, the re-establishment of “Green Book” as a contender voters can support with pride. For a while, the movie felt like tainted goods. Despite a slew of good reviews and an early reputation as a crowd-pleaser, it had become the object of critical controversy, accused of adopting a decades-old approach to racial historical drama that now (in the eyes of some) seems patronizing. When the Viggo Mortensen N-word flap happened, it seemed to lend a kind of support to the notion that there was something “unenlightened” about “Green Book.”

But last night, when it picked up three awards, the shift away from that dynamic seemed more or less complete. “Green Book” was a player again, and not just because it had won. Mahershala Ali’s speech for best supporting actor was a model of grace and affection, and the way he honored the character he portrays — the jazz innovator Dr. Don Shirley — helped to dissipate the criticism that Shirley’s life had been somehow de-authenticated by the movie. The Golden Globes helped restore “Green Book” to what, in my book, it always was: An artfully enchanting movie that may come off as a little old-fashioned in form, but not in a way that justifies giving the movie a moral slap.

Then, of course, there’s “Roma.” It was expected by everyone to win for best foreign language film, but by giving Alfonso Cuarón the award for best director, the Globes made a notable statement that the film was not too highbrow, or too “small,” or too Netflix to be honored by such a mainstream body. The award added to the general Cuarón momentum.

And speaking of momentum, is that something Glenn Close now has? And that Lady Gaga, so exquisite to see in her cotton-candy blue hair, has less of? That’s a tough call, but what’s undeniable is that we’ve come a long way from the days when the Golden Globes were nothing more than the vulgar, downscale, champagne-bucket-at-the-table cousin to the Oscars that no one took seriously. They seem, more and more, like a dress rehearsal for the real thing — and a rehearsal, in some cases, where the understudy goes on instead of the expected star, and steals the limelight. You can agree or disagree with the Globes’ movie awards, but what leaps out about even the eyebrow-raising ones is that they’re connecting with currents that are out there and giving them added life.