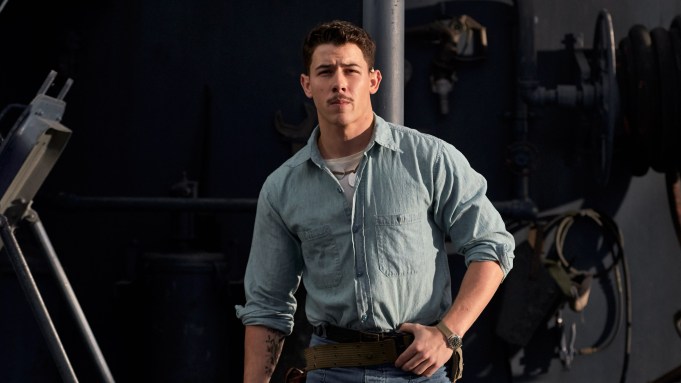 Heading into the weekend, Warner Bros.’ Stephen King adaptation “Doctor Sleep” was widely expected to take the top prize, but the R-rated sequel to 1980’s “The Shining” debuted at No. 2 with a slumbering $14.1 million from 3,855 venues, around half of what the studio projected. Overall, it was a disappointing weekend as lackluster receipts across domestic box office charts pushed ticket sales down over 26% from the same weekend in 2018, according to Comscore.

Though “Midway” arrived ahead of tracking, the film carries a massive $100 million price tag, meaning it still has a long and arduous journey ahead to achieve profitability. Lionsgate is distributing “Midway” but looks to walk away unscathed since the studio only nabbed domestic and U.K. rights but didn’t finance the film. Lionsgate positioned its release to take advantage of Veterans Day and expects “Midway” to collect $20.05 million from 3,242 North American locations through its first four days in theaters. Overseas, “Midway” kicked off with $21.5 million for a global start of $39 million.

Emmerich’s tale enlisted Ed Skrein, Patrick Wilson, Luke Evans and Nick Jonas to bring the Battle of Midway back to the big screen for a new generation. Older males represented 60% of ticket buyers for “Midway,” a demographic that doesn’t typically turn out in force on opening weekend.

“Roland Emmerich is a visionary filmmaker, and audiences loved the movie,” said David Spitz, Lionsgate’s president of domestic distribution. “What’s really terrific about the results is it sets us up to play throughout the holidays, knowing that the older demo doesn’t rush out.”

Audiences who did show up lived mostly in America’s Heartland, where “Midway” overperformed in Dallas and Salt Lake City, as well as Arizona and Seattle. “Midway” landed an A CinemaScore from moviegoers, the best result among new releases including “Doctor Sleep” (B+), Paramount’s family film “Playing With Fire” (B+) and Universal’s rom-com “Last Christmas” (B-).

“Doctor Sleep” was more favored among critics, holding a 73% average on Rotten Tomatoes compared to “Midway’s” 41% rating. Almost 75% of inaugural weekend crowds for “Doctor Sleep” were over the age of 25, so it’s likely that younger moviegoers were less familiar with King’s source material, and therefore less eager to see a follow-up during opening weekend. Its lengthy runtime of over two and a half hours posed another roadblock.

Set decades after the events in the “The Shining,” which debuted almost 40 years ago, “Doctor Sleep” sees Ewan McGregor take on the role of Danny Torrance, a man with psychic abilities who struggles with childhood trauma.

The movie, written and directed by Mike Flanagan, didn’t pick up much steam at the international box office. “Doctor Sleep” debuted with $13 million from 68 foreign markets, taking its global tally to $34 million. Warner Bros. spent $50 million on production fees, not including marketing.

In another box office upset, “Playing With Fire” launched ahead of “Last Christmas” on domestic charts. “Playing With Fire” scored third place, arriving ahead of expectations with $12.8 million from 3,125 venues. The PG-film stars John Cena as an elite firefighter who prepares his crew for their most challenging job yet: babysitting.

Meanwhile “Last Christmas,” in an attempt to usher in the holiday season early, landed at No. 4 with $11.6 million from 3,448 screens. Both films cost a modest $30 million to produce, which should pave a path out of the red.

“It’s difficult to open original titles — and romantic comedies aren’t an exception. But we have a phenomenal director in Paul Feig and a charming cast with Emilla Clarke and Henry Golding, so I see quite a good run at the domestic box office,” said Jim Orr, Universal’s president of domestic distribution.

Paramount and Skydance’s “Terminator: Dark Fate” rounded out the top five with $10.5 million, a huge 64% decline from its inaugural outing. The sixth “Terminator” installment has earned a bleak $48 million at the domestic box office to date. After a disappointing start, the movie is expected to lose over $100 million theatrically.

At the specialty box office, Amazon Studios’ “Honey Boy” pulled in $288,824 from four locations, averaging out to a strong $72,206 per location. Shia LaBeouf wrote the film, loosely based on his childhood, and portrays his father on screen. Lucas Hedges and Noah Jupe play older and younger versions of LaBeouf. Alma Har’el directed “Honey Boy,” which has received rave reviews since its Sundance Film Festival premiere.

“This weekend’s tremendous per screen opening is very encouraging and shows ‘Honey Boy’ has the legs and potential to find a wider audience in the weeks to follow,” said Julie Rapaport, Amazon’s co-head of movies. “The awards buzz garnered out of our successful Toronto Film Festival screenings has also furthered the positive word of mouth, which we hope will continue to push audiences to seek out the film as we steadily roll out over the next month.”

Elsewhere, Neon’s “Parasite,” a dark social thriller from director Bong Joon Ho, hit $11.2 million in ticket sales, making it the highest-grossing foreign-language film of the year in the U.S.

As a whole, the domestic box office is down 5.5% from last year. With the holiday season approaching, movie theater marquees are making room for what they hope to be sure-fire successes including Disney’s “Frozen II,” Sony’s “Jumanji” sequel and Disney-Lucasfilm’s “Star Wars: The Rise of Skywalker.”