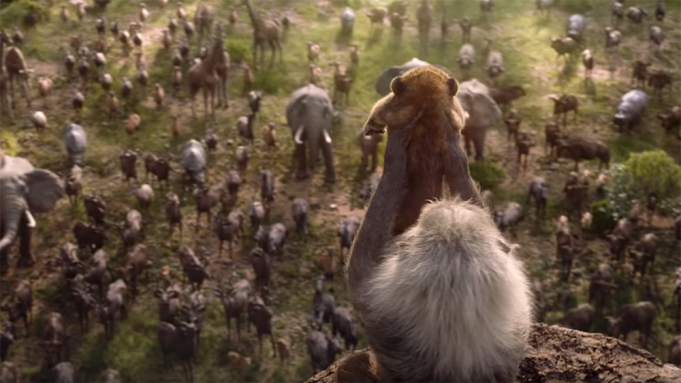 Disney’s big return to the Pride Lands looks to be a lucrative one. Jon Favreau’s high-profile remake of “The Lion King” is eyeing a massive $150 million opening when it hits theaters on July 19, according to early tracking.

That number could fluctuate in weeks to come as Disney ramps up its marketing push. Box office tracking is always something of an inexact science, but predictions have been particularly off this summer with a number of high-profile movies coming in outside of estimates.

Disney does have reason for optimism. For one, advanced ticket sales have been sky-high. Fandango reports that “The Lion King” is selling record numbers of presale tickets, outpacing fellow Disney remakes “Beauty and the Beast,” “Aladdin” and “The Jungle Book” at the same point in their sales cycles. It’s tracking only behind “Avengers: Endgame” in terms of advanced tickets for 2019 movies.

Favreau enlisted an A-list cast for “The Lion King,” including Donald Glover as Simba, Beyonce as Nala, Chiwetel Ejiofor as Scar, and Billy Eichner and Seth Rogen as Timon and Pumbaa. James Earl Jones is reprising his voice role as Mufasa from the original animated movie, which debuted just over 25 years ago.

“The Lion King” is the third of Disney’s three live-action remakes that arrived on the big screen this year. Tim Burton’s “Dumbo” ended its box office run with a lackluster (by Disney standards) $351 million globally. “Aladdin,” directed by Guy Ritchie, has fared better, earning $815 million worldwide to date.

Favreau previously directed Disney’s 2016 re-imagining of “The Jungle Book,” which launched with $103 million and went on to collect a huge $966 million worldwide. The studio also had massive success with its adaptation of “Beauty and the Beast” with Emma Watson. That film bowed with $174 million in 2017 and grossed $1.2 billion during its entire theatrical run. Those two titles, along with “Alice in Wonderland,” are the only Disney live-action titles outside of the “Pirates” franchise that have debuted with over $100 million in ticket sales.

Given the size and scope of the blockbuster-hopeful, “The Lion King” is the lone wide release that weekend. No other studios dared to take on Mufasa and Simba.