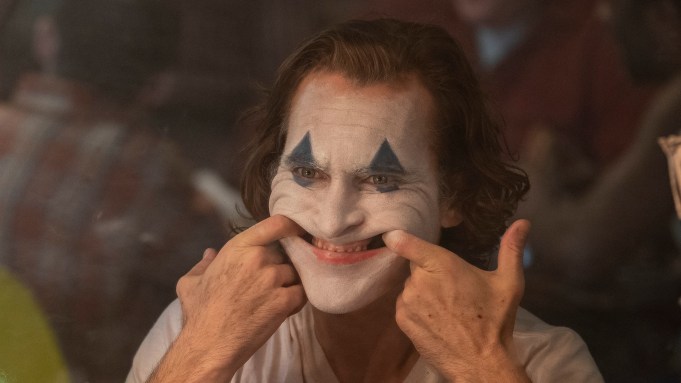 “Joker” is showing impressive traction internationally with a second weekend of $123.7 million on 24,149 screens in 79 markets — a holdover decline of just 29%.

Joaquin Phoenix’s psychological thriller has totaled $351.2 million outside North America after only 12 days in release. And with $192 million in domestic grosses, “Joker” has now topped $543 million worldwide for Warner Bros.

Paramount’s expansion of “Gemini Man,” starring Will Smith, took in $31.1 million in 58 markets with 3D+ showing accounting for 26%. The two-week international total has hit $39 million.

It’s the biggest opening weekend result for an Ang Lee movie in 25 markets. Mexico and Russia each generated $2.7 million while South Korea and the UK each pulled in $2.2 million. Brazil and Italy each launched with $1.1 million.

Two holdover Chinese titles also performed impressively during the weekend with “The Captain” taking in $33 million to lift its worldwide take to $340 million and “My People, My Country” earning $23 million to push its total to $355 million. “The Captain” in a thriller set on an airplane with its windscreen shattered 32,000 feet over Tibet. “My People, My Country” is an anthology film consist of seven short stories directed by several different directors, which are based on seven moments since the founding of People’s Republic of China.