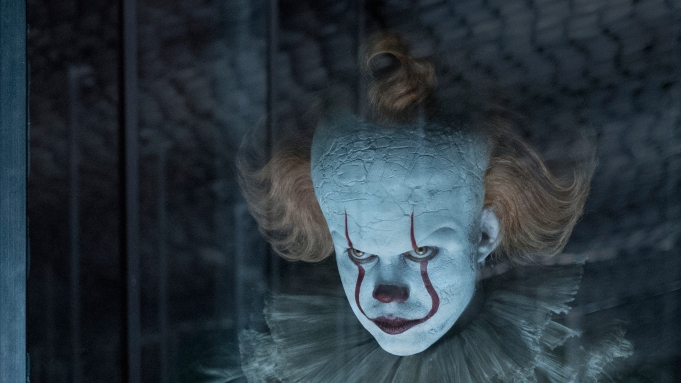 Pennywise’s reign of terror hasn’t wavered: Warner Bros.’ “It Chapter Two” maintained first place on box office charts, led by another strong showing overseas. The sequel, based on Stephen King’s horror novel, generated another $47 million at the international box office for a foreign tally of $169 million.

After two weeks of release, “It Chapter Two” has collected $323.3 million worldwide. Between 2017’s “It” and this year’s follow-up, both of which were directed by Andy Muschietti, the franchise has now crossed the $1 billion benchmark at the global box office. The sequel stars Jessica Chastain, James McAvoy, Bill Hader and Isaiah Mustafa, while Bill Skarsgard returned to portray the terrifying demonic clown known as Pennywise.

“It: Chapter Two” opened this weekend in France with $4.7 million. Among holdovers, the movie had a solid outing in Germany with $4.2 million, the United Kingdom with $3.9 million and Mexico with $3.3 million.

Focus Features’ “Downton Abbey” generated $11.7 million when it opened in 17 overseas territories ahead of its Sept. 20 domestic debut. The British period drama, continuing the saga of the Crawley family from the popular TV series, had an expectedly promising start in the U.K. with $6.3 million. Other top markets include Australia with $2.2 million, the Netherlands with $700,000 and Finland with $600,000.

Another newcomer, Warner Bros.’ “The Goldfinch” began its staggered international rollout with a meager $985,000 from 12 territories. The drama, adapted from Donna Tartt’s Pulitzer Prize-winning novel, didn’t have a much better start in the States, where it flopped with $2.6 million. The movie — starring Ansel Elgort — debuts next in France.

Meanwhile, STX’s “Hustlers” collected $4.46 million from 16 foreign markets. The R-rated heist drama kicked off with a sizable $33.2 million in North America for a global start of $37.69 million. Directed by Lorene Scafaria, “Hustlers” is based on Jessica Pressler’s 2015 New York magazine article about a group of strippers who turn the tables on their wealthy Wall Street clientele after the 2008 recession hits. Jennifer Lopez, Constance Wu, Lili Reinhart and Keke Palmer round out the cast.

Elsewhere, Universal’s “Hobbs & Shaw” drove another $8.1 million in ticket sales for an international haul of $572.6 million. The “Fast & Furious” spinoff has made $740 million to date, thanks to huge ticket sales in China. Though sales have stalled, “Hobbs & Shaw” is nearing the $200 million mark in the Middle Kingdom.