Continue to Variety SKIP AD
You will be redirected back to your article in seconds
Sep 13, 2019 7:17am PT 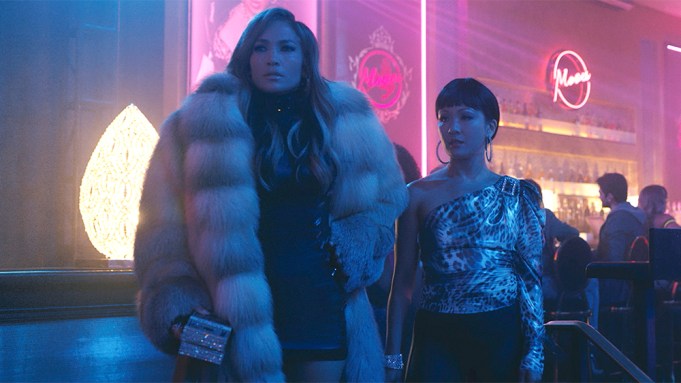 The movie — starring Jennifer Lopez, Constance Wu, Lili Reinhart, Keke Palmer, Cardi B and Lizzo — had been pegged to take in between $20 million and $26 million at 3,250 venues. It’s expected to finish behind the second weekend of “It: Chapter Two,” which scared up an impressive $91 million in its domestic debut and has totaled $113 million after a week.

“Hustlers,” which premiered on Sept. 7 at the Toronto Film Festival, is based on Jessica Pressler’s New York magazine story “The Hustlers at Scores.” It follows a group of strippers who orchestrate a plan to get back at the affluent Wall Street clients who have wronged them. Critical support for “Hustlers” has been strong with an 89% “fresh” rating on Rotten Tomatoes. Lopez is now considered a possible Oscar nominee for her performance.

“Hustlers,” which has a $20 million price tag, is directed by Lorene Scarfia from her own script. STX’s “The Upside,” starring Kevin Hart and Bryan Cranston, became a surprise hit earlier this year but the studio’s “Best of Enemies,” “Uglydolls,” and “Poms” disappointed at the box office.

Warner Bros.’ “The Goldfinch” will also launch this weekend and has been forecast to take in between $7 million to $12 million from 2,542 venues. The mystery drama, which cost $40 million to produce, is based on the Pulitzer Prize winning novel by Donna Tartt. Ansel Elgort stars as a young man who turns to art forgery after losing his mother in a freak tragedy. “The Goldfinch” holds an unimpressive 28% rating on Rotten Tomatoes.

Despite strong performance by “It: Chapter Two,” year-to-date North American box office is down a hefty 6% to $8.02 billion as of Sept. 11, according to Comscore.

“‘It: Chapter Two’ is the odds on favorite to win the weekend, but ‘Hustlers’ should not be underestimated amidst great reviews, film festival momentum, J. Lo’s star power and a marketplace that could use a non-franchise success story that could help the fall box office in its mission to knock the year to date deficit down a notch or two,” said Paul Dergarabedian, senior media analyst with Comscore.