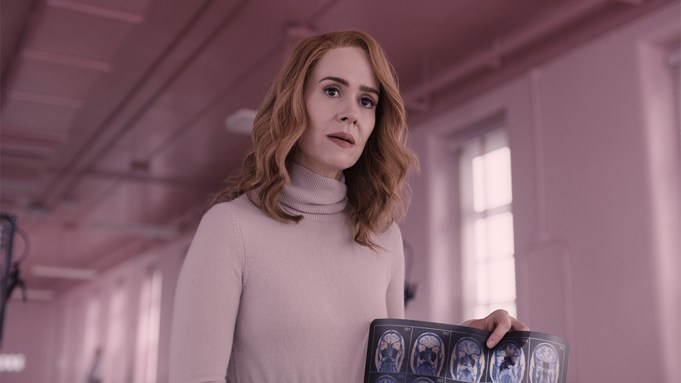 With the Super Bowl and severe weather conditions across the U.S. contributing to a slow box office, M. Night Shyamalan’s “Glass” is poised to take the No. 1 slot for the third weekend in a row with an estimated $9 million.

Sleeper hit “The Upside” may give “Glass” a run for its money, however, with estimates in the $8.6-$8.7 million range.

“The Upside” has come in just behind “Glass” since the latter’s release, a week after the STX Films and Lantern Entertainment pic. Bryan Cranston and Kevin Hart star in the comedy drama, now in its fourth frame, which should close the weekend with upwards of $75 million domestically. “Glass,” the sequel to “Unbreakable” and “Split,” has totaled $81 million Stateside with another $89 million from overseas markets.

Gina Rodriguez’s “Miss Bala” is likely to draw an underwhelming $6.1 million from 2,203 North American locations for third place in the weekend’s only wide release. The Sony-Columbia pic earned $2.75 million on Friday and has an estimated production budget of $15 million.

Directed by Catherine Hardwicke (“Twilight”) from a screenplay by Gareth Dunnet-Alcocer and featuring a cast and crew that is 95% Latinx, the film stars Rodriguez as a woman who must use her cunning to survive after she’s drawn into the cross-border criminal underworld. “Miss Bala” is based on a 2011 Mexican film of the same name and also stars Ismael Cruz Córdova and Anthony Mackie. The film has a 28% Rotten Tomatoes score, though Rodriguez’ performance has been well-reviewed.

“Aquaman,” in its seventh frame, will compete with “Spider-Man: Into the Spider-Verse” for fourth place, with each estimated to generate roughly $4 million this weekend. Warner Bros.’ aquatic adventure has accumulated $1.09 billion globally, while Sony’s animated Oscar nominee should total $175 million domestically through Sunday.

The box office will total around $65 million this weekend, marking a 56% decline from the previous frame. Studios traditionally decline to open major releases during Super Bowl weekend, with the game keeping moviegoers in front of a television rather than in the theater. Super Bowl weekend has produced revenues under $100 million in total business nearly every year since 2013, with declines from the prior weekend between 27% and 57%. 2018 totaled $95 million, led by “Jumanji: Welcome to the Jungle” with $10.9 million.