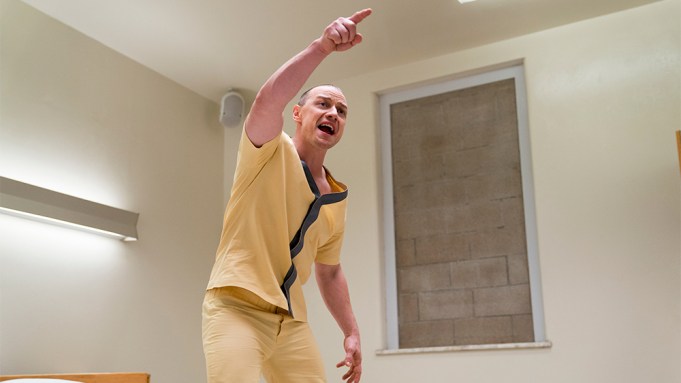 M. Night Shyamalan’s “Glass” is on its way to a solid debut with an estimated $48 million for the four-day Martin Luther King Jr. weekend.

A sequel to 2000’s “Unbreakable” and 2017’s “Split,” the Universal superhero thriller should bring in around $41 million from 3,841 domestic locations over the Friday through Sunday period. The estimates are slightly below earlier analyst forecasts, which had placed it in the $50 million or above range. It earned $16 million on Friday, including $3.7 million from Thursday previews.

Despite the possibly lower than anticipated debut, “Glass” could still become one of the highest-ever releases for MLK weekend. The record is held by 2015’s “American Sniper,” which took in $107.2 million in its debut. Kevin Hart and Ice Cube’s “Ride Along” currently stands in second place with $48.6 million in 2014.

Shyamalan directed the film from his own script, and it features the Eastrail 177 trilogy’s original stars, including Bruce Willis, Samuel L. Jackson, James McAvoy, and Anya Taylor-Joy. Critics have not been overjoyed with the film; it’s sitting at a 35% on Rotten Tomatoes with a B CinemaScore, though its Audience Score is somewhat more hopeful at 78%.

A perhaps surprise contender in the top five is Funimation Films’ “Dragon Ball Super: Broly,” which is heading for a hefty $9 million debut through Monday from just 470 North American sites. The film, which should drop into the fourth or fifth place slot, is the 20th in the “Dragon Ball” series and the first to use the “Dragon Ball Super” title. It was released in December in Japan and has so far totaled $57 million overseas, while its Jan. 16 debut stateside has already earned it $10 million. The film has been well-reviewed by critics and sits at a 79% on Rotten Tomatoes.

Meanwhile, Bryan Cranston and Kevin Hart’s “The Upside” will likely land in second place with about $17 million for the four-day weekend and $14 million for the three-day. That would bring its domestic gross to $46 million through Monday. Directed by Neil Burger for STX Films, the comedy-drama is a remake of the 2011 French film “The Intouchables,” with Hart as a recently released convict who is hired to help a paralyzed billionaire (Cranston).

On its way to a respectable third place is Warner Bros.’ “Aquaman” with an estimated $12 million through Monday ($10 million through Sunday). The superhero blockbuster starring Jason Momoa has earned $743 million overseas and $294 million domestically for a combined $1.037 billion.

Sony’s “A Dog’s Way Home” should round out the top five with a four-day estimate of $9.6 million and $7.2 million for the three-day. The film has so far generated $14 million domestically with an additional $1.7 million overseas.