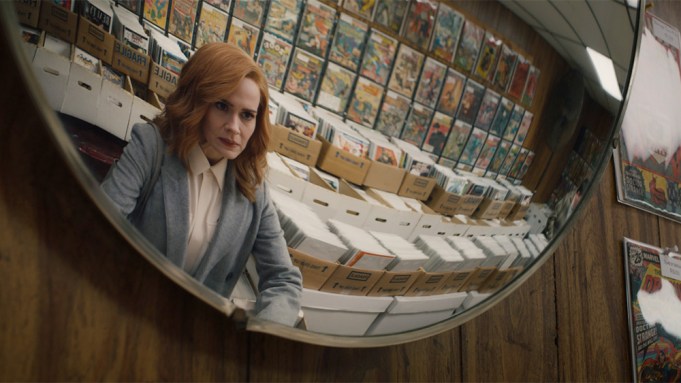 In a weekend dominated by holdovers, M. Night Shyamalan’s “Glass” will likely top the box office again in its second frame with an estimated $16 million.

The third part in a trilogy that includes “Unbreakable” and “Split” has earned $59 million domestically and nearly $54 million internationally since its debut despite generally unfavorable reviews. If estimates hold, its weekend two haul would mark a 60% decline from its $40 million debut.

One of two wide releases for the weekend, “The Kid Who Would Be King” is opening at 3,521 North American sites and drew $1.7 million on Friday. It should take in about $6.8 million through Sunday. The fantasy film hails from “Attack the Block” director Joe Cornish, who also wrote the script.

Louis Ashbourne Serkis, Tom Taylor, Rebecca Ferguson, and Patrick Stewart star in “The Kid Who Would Be King,” which follows a young boy who finds King Arthur’s legendary sword and must stop an ancient enchantress from annihilating the world. The British-American production has a B+ CinemaScore and 86% certified fresh rating on Rotten Tomatoes.

Aviron Pictures’ neo-noir thiller “Serenity” opened at 2,561 domestic sites and is estimated to earn about $4.9 million after taking in $1.615 million on Friday. Matthew McConaughey stars in the bizarre pic as a fisherman who is asked by his ex-wife (Anne Hathaway) to kill her abusive new husband. Steven Knight wrote and directed the film, which has received deplorable reviews, with a D+ CinemaScore and 22% Rotten Tomatoes rating.

Meanwhile, Bryan Cranston and Kevin Hart’s “The Upside” should generate another $10.4 million in its third weekend to land in second place. If forecasts are accurate, the STX Films drama’s domestic cume will reach about $61.33 million through Sunday.

The sixth frame of DC’s aquatic adventure “Aquaman” will vie with “The Kid Who Would Be King” for third place, with each estimated to bring in nearly $7 million for the weekend. “Aquaman” has amassed a staggering $766 million internationally for Warner Bros. along with $310 million Stateside for a worldwide tally of $1.076 billion.

Sony’s “Spider-Man: Into the Spider-Verse” should take the fifth place spot with an estimated $5.7 million in its seventh weekend. The pic, which is up for best animated film at the Academy Awards, has generated $329.3 million worldwide.