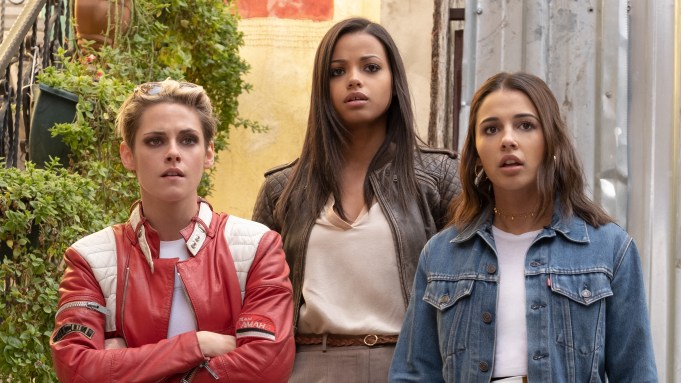 “Charlie’s Angels” latest box-office outing was anything but heaven sent.

Sony’s reboot failed to meet even the studio’s cautiously low expectations, debuting to a franchise-eviscerating $8.6 million in North America. Given that the film failed to make up much traction overseas, launching with $19.2 million, including a disappointing $7.7 million in China, it seems likely the Angels just completed their final mission. One plus for Sony: its potential financial losses will be minimized through co-financiers Perfect World Pictures and 2.0 Entertainment, which put up half of the film’s $48 million budget.

However, “Charlie’s Angels” serves as the latest painful reminder that brand recognition isn’t always a sure-fire draw. “Charlie’s Angels” is Hollywood’s third attempt in the last three weeks — following “Terminator: Dark Fate” and “Doctor Sleep” – to dip back into the well with little to show for it. Box office analysts see “Charlie’s Angels,” like other high-profile misfires this year such as “Men in Black: International” and “Shaft,” as yet another indication that familiar properties shouldn’t be rebooted just because it worked decades ago.

“I don’t think [‘Charlie’s Angels’ opening weekend] a mandate against non-original IP, and it’s not for lack of trying,” says Paul Dergarabedian, a senior media analyst with Comscore. “I’ve never seen Kristen Stewart so out there on the press circuit. The question is: was anyone clamoring to see this reboot?”

That’s something that should be on every studio executive’s mind when it comes to revisiting well-known series. Despite fair reviews, “Charlie’s Angels” largely failed to entice its target demographic of younger females. Adding to its troubles, Disney’s “Frozen 2” will capture most of that audience next weekend, leaving little room for “Charlie’s Angels” to pick up steam.

The original TV series put the spotlight on stars like Farrah Fawcett, while the 2000 film and its 2003 sequel, “Full Throttle,” boasted leading ladies Cameron Diaz, Drew Barrymore and Lucy Liu. But there’s reason to believe the latest entry lacked the kind of star power needed to marquee a huge franchise. Kristen Stewart was the only known name leading the series, and though Naomi Scott (“Aladdin”) and newcomer Ella Balinska had great chemistry and comedic timing to match, the movie could have used a stronger dose of A-list sizzle.

“I don’t know if there was the same star-power draw, “Derbarabedian said. “It wasn’t enough to rise above the perception of audiences as to whether they needed a reboot of ‘Charlie’s Angels.”

Elizabeth Banks served as the series’ first female filmmaker, something the studio heavily leaned into while promoting the film. But despite a feminist twist on the action comedy, one that sees the Angels going global to halt the spread of a dangerous new technology, audiences weren’t sold on the need for another installment.

“Nobody can fault you for going back to the vault,” Dergarabedian said. “But it’s about whether or not there’s demand to warrant another.”