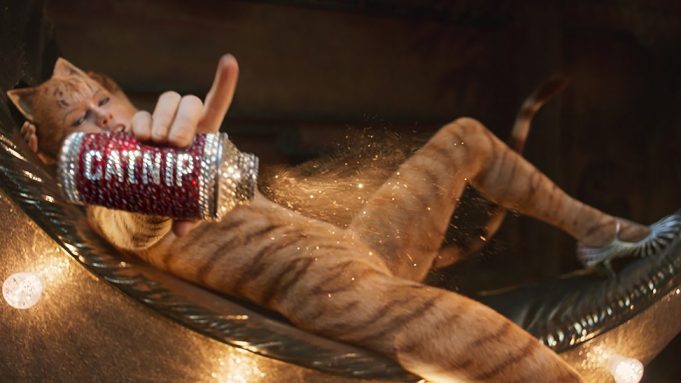 Universal’s “Cats” was in need of a holiday miracle. Instead, the filmmaking team behind the box office disaster got a lump of coal.

Tom Hooper’s big-screen adaptation has clawed its way to $38 million globally after two weeks in theaters, a dismal figure that could result in $100 million in theatrical losses, according to rival studio executives.

After its disappointing $6.5 million domestic debut ahead of Christmas, “Cats” failed to gain any traction during the busiest time of year for moviegoing. In its sophomore outing, the film was relegated to No. 9 on box office charts, scraping together $8.7 million over the five-day holiday frame. Audiences, dissuaded by brutal reviews, instead made the Jellicle choice to see Disney’s “Frozen 2,” “Spies in Disguise,” or essentially anything that didn’t involve Judi Dench, Jennifer Hudson, Taylor Swift and Idris Elba pretending to be felines.

“Cats” cost $100 million to produce and set Universal back an additional $95 million to $100 million for global marketing and distribution fees, according to studio insiders. Adding to damages, Universal issued new prints of the movie to exhibitors with improved visuals during opening weekend. The uncommon move came after Hooper’s mad dash to complete the film in time to keep its Dec. 20 release date left editing blunders like a human hand, complete with a wedding ring, on Dench’s Old Deuteronomy. Insiders at Universal said any tweaks were made digitally, keeping costs below six figures.

Universal had hoped that “Cats” would find an audience over the holidays, much like Fox fielded with its 2017 sleeper hit “The Greatest Showman.” But there’s little optimism that “Cats” will be able to hold screens in the new year, when potential ticket buyers return from vacation and get back into the swing of work and school. With competition from awards contenders and all-audience offerings, executives at rival studios expect “Cats” to top out below $30 million in the U.S. So far, it has earned $17.8 million in North America.

In hindsight, the demise of “Cats,” which is based on Andrew Lloyd Webber’s musical about a tribe of cats called Jellicles and their competition to determine who will receive a new life, could have been predicted after the horrified response from its first trailer. Universal didn’t screen the movie until days before it opened nationwide, in part because it wasn’t finished yet, but also in an attempt to control online chatter — efforts that were for naught. Negative reviews flooded the internet, skewering the musical in spectacular fashion and mining every feline pun imaginable in an attempt to put what they’d seen on screen into words. It wasn’t just critics, either. “Cats” was also besieged by audiences, who couldn’t fathom the uncanny valley of the visual effects, a spectacle dubbed “digital fur technology.”

Despite a rocky ending, Universal found success this year with franchises including “Fast & Furious” spinoff “Hobbs & Shaw,” “How to Train Your Dragon 3” and original fare like “Good Boys,” “Yesterday” and “Last Christmas.”

Another bright spot for the studio could be Sam Mendes’ acclaimed war drama “1917.” The WWI epic ignited in limited release with $1 million this weekend and is expected to be a commercial hit when it debuts nationwide on Jan. 10.