Box Office: ‘Lion King’ Rules Again, ‘Once Upon a Time’ on Track for Tarantino Record 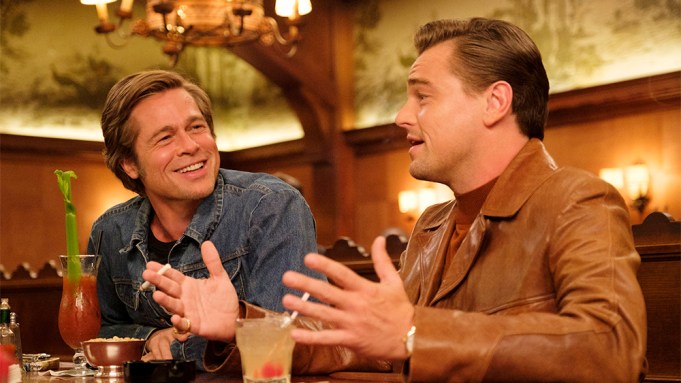 “The Lion King” remained king of the box office in its second weekend, taking in $22.3 million in Friday’s domestic ticket sales.

Disney’s live-action remake continues to dominate the box office as it tracks for a $76.6 million sophomore outing — another hefty weekend after its massive $192 million launch, which was the eighth biggest in North America ever.

Columbia Pictures’ “Once Upon a Time in Hollywood” was this weekend’s newcomer, taking in $16.8 million on Friday from 3,659 theaters — an opening day all-time record for director Quentin Tarantino. Tarantino’s ninth film is also on track to become the filmmaker’s highest opening weekend ever with Saturday estimates placing the film at $40.2 million in opening weekend ticket sales.

That’s above earlier estimates which had originally placed the film at around $30 million for its opening weekend — about $8 million less than Tarantino’s previous box office record set by “Inglourious Basterds.” The Nazi era project opened with $38 million in 2009.

“Once Upon a Time in Hollywood” stars Leonardo DiCaprio and Brad Pitt as TV star Rick Dalton and his trusty stunt double friend Cliff Boot who are struggling to navigate a changing Hollywood. Margot Robbie also stars as Sharon Tate, an up-and-coming actress married to director Roman Polanski, who moves next door to the duo.

“Spider-Man: Far From Home” also continued its profitable reign at the box office, coming in third with $3.5 million in Friday’s domestic ticket sales. The latest Marvel blockbuster is now set to take home an estimated $11.9 million come Sunday for a domestic total of $344 million.

Coming in at No. 4 is “Toy Story 4” with $3 million in Friday’s ticket sales, followed by “Crawl” which earned around $1.1 million in its third weekend.