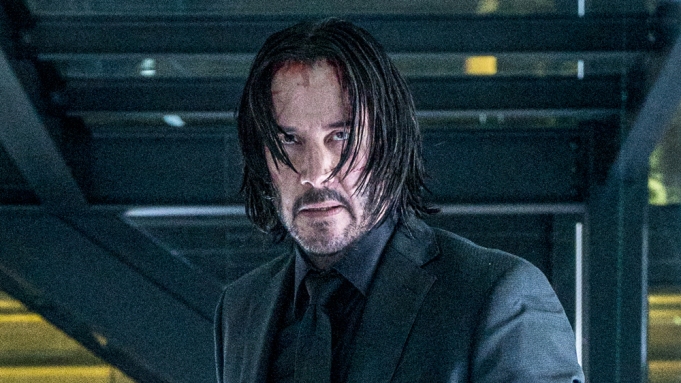 Earth’s Mightiest Heroes put up a good fight, but John Wick put at end to the three-week box office reign of “Avengers: Endgame.”

Propelled by positive reviews, “John Wick: Chapter 3 – Parabellum” beat expectations with a debut of $57 million from 3,850 North American locations. That was enough to nab the box office crown from “Avengers: Endgame,” Marvel’s latest juggernaut that collected $29.4 million during its fourth weekend of release.

“Parabellum,” the third installment of the action franchise, opened well above its predecessors 2014’s “John Wick” ($14.4 million) and 2017’s “John Wick: Chapter 2” ($30.4 million). “Parabellum” is the first installment in the R-rated series to debut at No. 1 on domestic box office charts. “John Wick 3” also hit a franchise record overseas, bowing with $35 million from 66 international markets for a global start of $92 million.

In “Parabellum,” Keanu Reeves returns as the titular ex-hitman who finds himself on the run from assassins. Stuntman-turned-director Chad Stahelski helmed the movie, written by series-creator Derek Kolstad. Halle Berry and Laurence Fisburne also star. Males accounted for 63% of opening weekend moviegoers, with 45% of that crowd over the age of 25.

“John Wick 3” delivered a much-needed win for Lionsgate. Despite the modest successes of “A Madea Family Funeral” and “Five Feet Apart,” the studio suffered a string of disappointments with its big-budget reboot of “Robin Hood” with Taron Egerton, a “Hellboy” remake, and most recently, Seth Rogen and Charlize Theron’s comedy “Long Shot.”

“Avengers: Endgame,” which slid to second place on domestic box office charts, has now earned $771 million in North America. It officially passed “Avatar” and its $761 million haul to become the second-highest grossing movie at the domestic box office behind only “Star Wars: The Force Awakens” with $937 million. “Avengers: Endgame” hit $2.6 billion in ticket sales worldwide, inching toward “Avatar” and its $2.78 billion global box office record.

“John Wick 3” opened alongside Universal and Amblin’s “A Dog’s Journey” and Warner Bros. and MGM’s “The Sun Is Also a Star.”

“A Dog’s Journey” arrived behind expectations, launching at No. 4 with $8 million from 3,200 venues. It’s pacing significantly below 2017’s “A Dog’s Purpose,” the original film in the saga about a canine’s adventure to find meaning. That movie debuted with $18 million and went on to earn $64 million at the domestic box office. It became a big hit with international audiences, grossing $140 million overseas.

Jim Orr, Universal’s president of domestic distribution, noted that the sequel had similar reviews to “A Dog’s Purpose.” Audiences were more enthusiastic than critics, giving “A Dog’s Journey” an A CinemaScore compared to its 49% on Rotten Tomatoes.

“The first film had incredible legs,” Orr said. ” With the holiday weekend, we’re optimistic about the run it will have.”

This weekend’s final new wide release, “The Sun Is Also a Star,” collapsed with a disappointing $2.6 million bow from 2,073 theaters. The YA romance drama, based on Nicola Yoon’s novel, received mixed reviews. It earned a lackluster B- CinemaScore, as well as a 51% on Rotten Tomatoes. “Grown-ish” actress Yara Shahidi stars as a brainy student who forms a relationship with a charming exchange student (“Riverdale’s” Charles Melton), as her family faces deportation.

“It reflects the genre,” Jeff Goldstein, Warner Bros. domestic distribution chief, said of the $9 million film’s underwhelming start. “YA stories are really challenged theatrically. It feels like in the future, these kinds of movies may only be on streaming services.”

Another Warner Bros. title, “Detective Pikachu,” came in third place, adding $24.8 million during its second weekend in theaters. The Pokemon adaptation with Ryan Reynolds has generated $94 million in North America.

Rounding out the top five is United Artist Releasing’s “The Hustle,” pocketing $6 million over the three-day frame. Rebel Wilson and Anne Hathaway co-star in the comedy, which has made $23 million to date.

Ticket sales are have fallen around 10% behind last year, according to Comscore. Hollywood is banking on some big blockbusters, as well as a few surprise hits, to boost revenues during the busy summer movie season.