Why ‘It: Chapter Two’ Conquered the Box Office 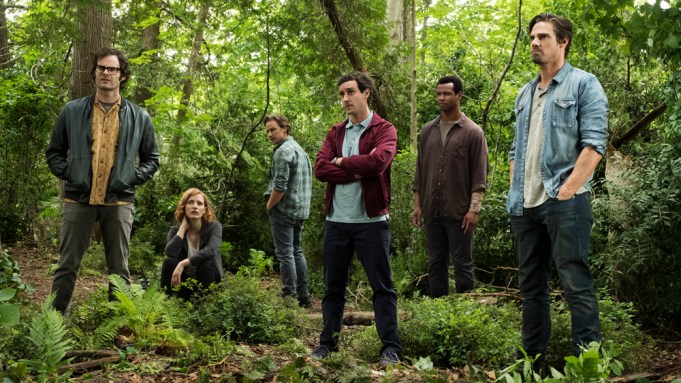 Warner Bros. and New Line’s “It: Chapter Two” provided a necessary lift to a lagging domestic box office, dominating over the competition with $91 million in North America. Though it fell short of the first film’s record-breaking $123 million debut in 2017, those figures still represent a promising result.

“Unless you’re ‘Avengers: Endgame,’ you’re not fishing for a record with a three-hour movie,” Paul Dergarabedian, a senior media analyst with Comscore, said of inaugural ticket sales. “‘It: Chapter Two’ will be about the longterm playability more than the opening weekend pop.”

The return of Pennywise, the demonic clown (portrayed by Bill Skarsgard) at the center of “It” and its sequel, came at a welcome time for Warner Bros., which was in need of a boost after a dreary summer showing. The studio closed out popcorn season with notable misses including “The Kitchen” and “Blinded by the Light,” but “It: Chapter Two” looks to kick off a robust fall. In coming months, Warner Bros. will also unveil “Joker,” Joaquin Phoenix’s take on the infamous Batman villain that recently won a top prize at the Venice Film Festival, as well as another Stephen King adaptation, “Doctor Sleep.”

Despite a runtime near three hours and so-so reviews, “It: Chapter Two” is expected to continue scaring up major business across the globe. Overseas, the R-rated thriller kicked off with $94 million for a global start of $184 million. Here are a few reasons why the “It” sequel achieved solid liftoff.

After a lackluster August capped off a disappointing summer season, audiences were itching for a reason to go to the movie theater. “Audiences felt underserved in August, to say the least,” Dergarabedian said. “They were waiting for a big movie to come along.”

“It: Chapter Two” proved to be that movie. The sequel had virtually free rein over the box office, collecting more money than the rest of the top 10 movies combined. It enjoyed that kind of dominance in part because it was last weekend’s only new nationwide release, but also because it had been weeks since a major blockbuster. Universal’s “Fast & Furious” spinoff “Hobbs & Shaw” has essentially run out of gas after six weeks of release, and Disney’s “The Lion King” has been in theaters for two months. Like “Hobbs & Shaw,” “It: Chapter Two” skewed toward male audiences but despite an R-rating, a diverse range of moviegoers showed up on opening weekend.

“Nobody used to release a movie of any size after Labor Day,” said Jeff Goldstein, Warner Bros.’ president of domestic distribution. “This weekend shows if you make a good movie and find a property that resonates with audiences, you can be really successful. We claimed over 77% of the marketplace.”

Timing helped “It: Chapter Two” in more than one way. The follow-up arrived exactly two years after the original, leaving just enough space for enthusiasm to build before moviegoers lost interest in the latest adventures of the Losers’ Club.

Moviegoers are gravitating toward movies that feel like events

In an era where it feels harder than ever to galvanize audiences to get off their couch and into theaters, there’s been renewed emphasis on building buzz. That is a major reason this year’s biggest successes — “Avengers: Endgame,” “Captain Marvel,” “The Lion King” and “Spider-Man: Far From Home” — have stood out from the competition: Their respective studios (ok, mostly Disney) have managed to build sentiment that becomes part of the cultural conversation and makes people feel like they need to see it with a crowd.

“Making a movie into a must-see event in the movie theater has become key to the success of the industry,” Dergarabedian points out. “There are no safe bets, but if a movie can catch a wave of strong buzz, you can bet that’s a movie that’s going to get noticed.”

The first “It” had a relatively unknown cast, making it all the more impressive that it became a box office smash. But by aging up the Losers’ Club, director Andy Muschietti was able to enlist the starry ensemble of Jessica Chastain, Bill Hader, James McAvoy, Isaiah Mustafa and Jay Ryan to portray their adult counterparts. The movie received its share of blowback, mostly for its long runtime and unwieldy plot, but critics almost unanimously sang the praises of the cast. Jen Yamato of the Los Angeles Times wrote than an “overstuffed third act” was “saved by an excellent cast led by McAvoy, versatile standout Hader, comedically gifted Ransone, and Jessica Chastain.”